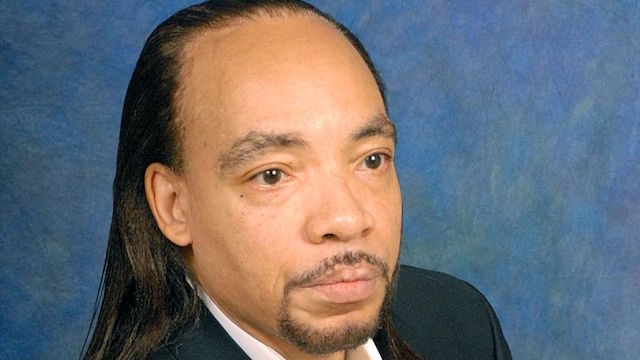 The story of rap pioneer Kidd Creole being arrested for murder last Tuesday sparked a lot of concern, discussion, and some articles that read like clickbait. Rather than quickly jump on the bandwagon in an attempt to grab that “first to print” search index optimization, I decided to lay back a little bit and examine multiple facets of the story. Before we get into the details I’d like to give the readers who may not know him a little background on who Kidd Creole is.

First and foremost Nathaniel Glover Jr. b/k/a Kidd Creole should not be confused with August Darnell, co-founder of Dr. Buzzard’s Original Savannah Band and later founder of the band Kid Creole and the Coconuts (once referenced in a Del the Funky Homosapien song). The two D spelling of KIDD differentiates them for both musical and professional (trademark) reasons. If the last name rings a bell you’ve likely already connected the dots and realized fellow Grandmaster Flash and the Furious Five rapper Melle Mel born Melvin Glover is his brother. Both grew up in The Bronx in New York City and both were inaugural members of the group along with the Cowboy (Keith Wiggins), later joined by Rahiem (Guy Todd Williams) and Scorpio (Eddie Morris). Due to numerous legal disputes over copyright and royalties in the early 1980’s the group fractured, with Melle Mel and his brother ending up in separate incarnations called “Grandmaster Melle Mel and the Furious Five” while Flash, Kidd Creole and Rahiem performed as “Grandmaster Flash.” The original lineup reunited in the late 1980’s but their “On the Strength” album was a flop and the group disbanded, with Cowboy passing away shortly after in 1989. Melle Mel and Scorpio teased a new reunion last year but little has been heard from them since.

Despite all of the ups and downs of the group as a whole, they still hold the distinction of being one of rap’s most successful early groups, side by side with fellow Sugar Hill Records recording artists The Sugarhill Gang. Chart topping hits like “It’s Nasty,” “The Message” and “New York New York” are what ultimately earned the group a place in the Rock & Roll Hall of Fame – the first hip-hop group to be inducted into their ranks. This wasn’t life changing for Creole though, who was reportedly working as a security guard at the time of the incident at East 44th Street and Third Avenue in New York last week. Glover had a verbal altercation with a homeless man named John Jolly, and allegedly a homosexual slur caused Glover to stab Jolly, though no eyewitness has confirmed this and Glover was identified strictly off surveillance camera footage of their fight. Glover was arrested the next night and an August 20th performance for surviving members of the Furious Five in Philly was subsequently canceled.

Reports suggest that both men had a troubled history throughout the 2000’s. Jolly had previously served jail time for sexually assaulting a woman and was a registered sex offender following his release, with 16 other arrests on his rap sheet as well. Glover had been arrested in 2007 on possession of a gravity knife (unlawful in New York City) and had three other unrelated arrests dating back to the 1980’s. Unfortunately for everyone involved this may be a case of “two wrongs don’t make a right” and certainly if Glover is indeed shown on security camera footage stabbing Jolly it will be hard to dismiss, even with Jolly’s prior bad acts and/or any previous history of altercations between the two yet to be revealed. If it can be established that Jolly made previous threats toward Glover and/or made a threatening act on the night he was stabbed, Glover may have a case to plead self-defense. It all depends on what the cameras show and/or whether or not any eyewitness could corroborate Glover’s account if he makes that claim. NYPD could decide that given Jolly’s extensive rap sheet and a strong affirmative defense on Glover’s part to offer him a plea to a lesser sentence of manslaughter.

All of this is of course speculative and doesn’t change the underlying facts that two lives are ruined — one man is dead and the other one is in jail facing potential murder charges. Neither man seems entirely innocent, but only one is potentially guilty of a capital offense. It’s incredibly sad that at a time where we are losing more and more hip-hop legends to violence, disease and old age, we may lose another to incarceration because of what at least feels like an avoidable situation. If it truly was sparked off by a slur, should a rap legend and Hall of Famer really have been that thin skinned? Couldn’t he have walked away from it? That’s what makes me think there’s more to this story than we’ve been told thus far, and while I’m not optimistic about Kidd Creole’s prospects, I remain open-minded until all of the facts that are possible to know are out there. Until then the words of Creole’s brother Mel on “The Message” seem more prophetic than ever. Don’t let verbal taunts make you lose your head.