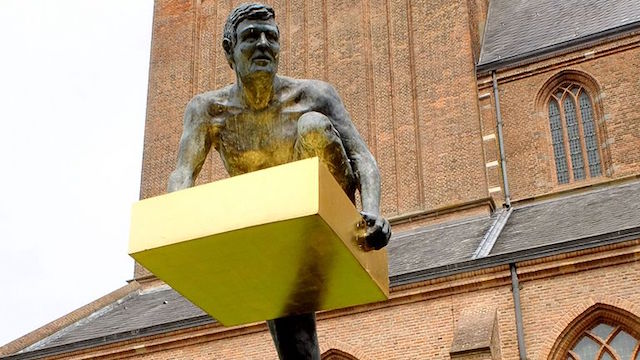 On Sept. 8th, 2017 my friend David was one of those 22 people. He had been on a transplant list for over a year. Our friendship dated back to my college days and it had an inauspicious start – he was the classmate of my roommate JT and he’d come over to hang out and play video games. For better or worse my roommate was kind of a slacker. I say “for better” because he was really easy to get along with. We never fought over anything and got along great. I say “for worse” because he didn’t take college seriously and spent most of his time playing those same video games. He wound up being my roommate twice, and both times JT got kicked out of college because he didn’t keep his grades up. After the second time David and I were both pretty much of the opinion, “Well f–k it we already know each other so let’s just keep hanging out.” And so we did. Even though I graduated a couple of years before he did, I’d still come back to campus to visit and hang out, and when he moved back to Des Moines after he graduated I’d come visit him there too.

I could wax poetic about all the fun times we’ve had over the last 20 years, how he gave a toast at my wedding, how he did things that made me laugh until tears rolled down my cheeks, but I already did all of that with his friends and family at his memorial service. I just want those reading to know that I don’t think it had to be this way, and some of you may have close friends or loved ones going through the same thing, waiting for an organ that may never come. David’s time ran out because while he was waiting his other organs were being taxed to the limit, and once they started to fail he was no longer a viable candidate for the life saving transplant he had been waiting over a year for. It’s the deadliest catch 22 possible – you need an organ to live, but they can’t give you one because you’re too sick. It really f–king sucks in a way I feel is almost completely incomprehensible unless you’ve been through it too.

Until now I’ve never put down “organ donor” when I’ve renewed my drivers license. Nothing could make me feel more like s–t than that. Lord knows I don’t want to be struck down by a terrible tragedy – a car accident, a tornado out of nowhere, a stray bullet at a concert, but my fear of death shouldn’t also make me keep other people who could use my organs on a waiting list. If something happens to me and I’m already a vegetable with no chance of recovering, couldn’t my organs do someone like David some good? I don’t know how many people would need to opt in starting right now for him to have not been one of those 22 people a day, but for whatever good it will do I’m opting in the next time around. I’m not pondering what it will mean to me to not have a kidney, a lung, a liver or anything else when I’m gone. My organs don’t matter to me at that point. If they matter to a doctor who can save the life of a friend or a loved one, they are welcome to have them. Here’s hoping that more people opt in and less people die waiting for a donor. I’m not saying you have to, I’m just saying +I+ have to.