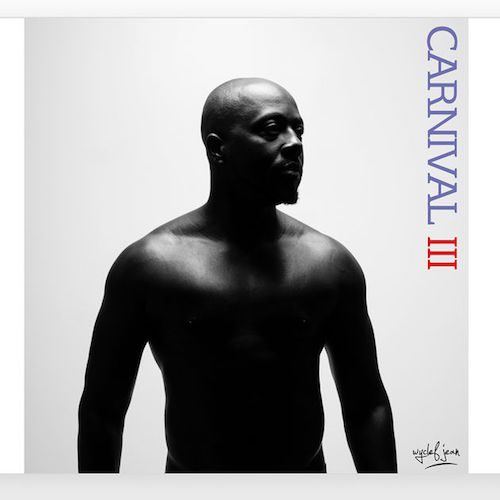 Wyclef Jean :: Carnival III: The Fall and Rise of a Refugee

There was a time when Nel Ust Wyclef Jean was among the greatest hip-hop artists. Dating back to his time as a member of The Fugees I felt that the Haitian born hip-hop superstar had a unique voice not just among rappers but in the music industry as a whole. He eloquently articulated the struggle of the immigrant to assimilate into the larger tapestry of his new home, the pain of the discrimination he felt for both his accent and his skin tone, and his desire for everyone to come together in love despite their cultural, political or religious differences. To this day “Carnival Vol. II” is one of my favorite albums. I felt that all Jean needed to do was maintain the consistency of production, lyricism and musicality he already had at that point for a long and prosperous career as a rapper with street cred who also had pop culture appeal for the masses.

Since that time Jean has made many mistakes both musically and personally. While one can argue his Jean had only the most noble of intentions when he founded his Yele Haiti charity in the early 2000’s, and they arguably did some good work in the wake of Hurricane Jeanne, they were unable to repeat that success following a devastating 2010 earthquake. Even though he was able to raise millions of dollars for charitable relief in a short amount of time, mismanagement of those funds meant that little of it went to those in need on the ground, and by 2012 the charity folded with a long rap sheet of unpaid debts and dashed hopes for one of the poorest nations on Earth. Investigations into the tax records cast Jean in a poor light as he directly benefitted from the mismanagement. In addition he attempted to run for President of Haiti during the middle of said same scandal, only to be told he was disqualified by not being a Haitian resident for the required length of time. It was all in all not a good look.

As my opinion of Jean’s integrity soured personally, his musical output declined precipitously to the point he only released one EP from 2010 until February of this year. That’s not to say Jean wasn’t still contributing to songs and projects by other artists, but it seemed that his own voice had been silenced either by his inability to solve his image crisis, or from a complete lack of interest in doing anything to continue the musical legacy he had built up to an epic height in the 2000’s. It’s amazing to think that a three time Grammy Award winning rap artist (whether you give those awards much credit or not) would simply throw it all away amidst a public scandal and a failed Presidential bid, but that’s exactly what he seemed to have done. He wrote an autobiography, he dabbled here and there, but he was remarkbly quiet until he popped up as a complete surprise on a Young Thug mixtape in 2016.

So what do we make of Wyclef Jean in 2017, finally releasing a new full length album after so many years, giving us a previously unexpected sequel to a hip-hop classic almost a full decade later? Well there’s some good news here. Despite an unforgivably long absence from the musical scene, Jean’s musical sensibilities are still sharp. The Supah Mario produced “Fela Kuti” is an excellent introductory single for “Carnival 3.” Jean effortlessly floats back and forth between singing and rapping, the upbeat horns suggest a celebratory atmosphere, while his invocation of the name of a legendary Nigerian musician and political activist suggests the African diaspora that Jean has always connected himself to artistically. Jean’s a Hatian by birth and an American by immigration but he can be viewed as a “world music” artist as much or more than any one distinct place he has lived.

Thematically the album keeps that vibe through a rugged independence that eschews bringing in the biggest current names in hip-hop or pop. There are no tracks produced by DJ Mustard, Mike Will Made It or Jake One here. Many tracks are self produced or produced in collaboration with Wavie Boi, and there’s a notable lack of big cameos. One of the best is actor/comedian D.L. Hughley on one of the most hip-hop songs of the album – the aptly named “Double Dutch.”

And despite his trials and tribulations over the last 10 years, there’s still an ebuillient upbeat sense of joy on “What Happened to Love?” with the other “big” cameo of the album – some singing courtesy of LunchMoney Lewis. It’s almost impossible to not smile listening to this track courtesy of The Knocks. It’s unapologetically meant to make you want to dance and if it doesn’t end up a single that I hear on the radio before the end of the year, somebody is doing something seriously wrong.

Jean’s struggles may have also brought him back to his roots, as songs like “Slums” and “Thank God for the Culture” suggest that Jean wants to reconnect to the hip-hop audience that first propelled him to fame. The latter has him dropping references to deceased artists like Biggie and Big L that will undoubtedly be appreciated by those who want the old Jean back, but you might also be suspicious that Jean is pandering in an attempt to win back those his misdeeds have made view him with mistrust. It’s possible that Jean is so motivated but I have a hard time finding any cynicism in tracks like the softly sung “Borrowed Time” or the booming bass of “Concrete Rose,” the latter exhorting you to wave rags in the air like Petey Pablo used to. I’m not saying there aren’t some things that Jean needs to apologize for or make good on, but “Carnival 3” at least shows us that when Wyclef Jean puts the distractions aside and gets back to making music, he’s still pretty damn good at doing it.