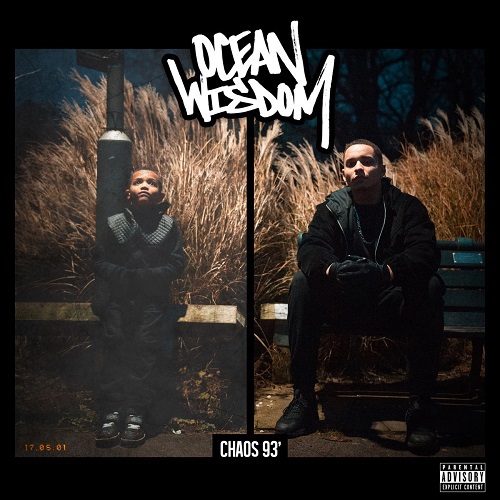 Here’s an idea. Every rap novice shall make himself familiar with the rap music that was hitting in his or her year of birth. It’s an utterly stupid idea, of course, as if the year an artist was born in ought to have any bearing on what he or she does now. The world turns fast, and around the western hemisphere self-made musicians are already for some time now inspired by the aesthetics (and work ethics) of Lil B and Gucci Mane, and the very latest generation is already influenced by the students of these two. The line of succession renews itself at ever shorter intervals, to the point where it becomes near impossible to identify any originators.

A handful of young artists look further into the past for inspiration, to a time when rap’s evolution looks deceptively distinct. Searching for music that speaks to them individually, they hit pay dirt in the earlier 1990s. Nostalgia for that specific period has been widespread for at least ten years, but things really only get interesting once rap beginners find a fresh approach to the past, unburdened by blind worship and sentimental memories.

Ocean Wisdom (real first name, no gimmick), a Brighton rapper in his mid-twenties, is a potential candidate. His debut “Chaos 93′,” released in February 2016, is a wild trip through jagged soundscapes (courtesy of Dirty Dike) and breakneck flows that makes some conscious stops circa ’93 but regularly comes back to the present and underground hip-hop in general. Breakout single “Walkin’,” which also opens the album, trusts Necro’s Psycho+Logical-Records interpretation of the latter with grimey horns lighting up the dark, dank atmosphere. Ocean Wisdom’s appeal is immediately apparent, the vocals locking in and not letting go once, the flow switching up and running through tongue-twisting segments. “Make a film about me, find a proper fuckin’ stuntman” perfectly sums up his focus on the physical challenges of his performance.

He certainly hints at being able to offer content, but for now his strength lies in darting across rumbling beats with the demeanor of a playful attack dog puppy. He takes in fact a very grime approach to rapping, the lyrics bowing to the flow, segments and statements being sometimes reassembled and repeated, the writing more circular than linear, sometimes even nonsense being used to fill the gaps to achieve a steady stream. To pick up a “Walkin'” punchline, he doesn’t yet resort to Plan B and flip the script and tell a story. In “Gone,” which musically would invite storytelling, he jokingly laments that his audience only loves him for his flow. And so that’s what we mainly get on “Chaos 93′,” an album that, as much as I despise the description, is the very definition of rappity rap.

Through all the rollercoastering the release still allows for insightful disclosures, typically relating personal information from an ironic distance (“I’m a white guy and a black guy in a brown guy”). And naturally UK listeners should be able to get more out of the lyrics, just check the children’s comic book references in “Walkin'”: “How the fuck on earth did we become so angry? / Couple years ago man was just readin’ The Dandy / So how’d I go from readin’ The Beano to beatin’ up emos?” Nonetheless the point of attraction here are the vocalist’s verbals that shoot across the Soul Assassins amateur reenactment “Splittin’ the Racket,” the early A$AP Mob adaptation “Mazin’ Hazin'” (whilst “Imaginary?” is more Pro Era), the 1994 indie rap draft “One Take,” the horrorcore “Heskey,” the sneaky “Devilish” (alongside Klashnekoff), or (in the company of masked superheroes The Four Owls) “Real Smooth,” a track that seems to have traveled all the way from Leaders of the New School’s second album “T.I.M.E.”

Clearly under the influence of the label he’s signed to, Ocean Wisdom doesn’t yet tap his full potential, lyrically at least. Where there’s no lyrical substance, the nursery rhyme and Looney Tunes aspects stick out just a little bit more. And in typical youngblood (and modern UK) fashion he likes to imagine himself as being surrounded by enemies and is extremely mindful of his entourage. Still at the spur of the moment Ocean Wisdom delves deeper into lyricism, especially in the final third of the album touching on topics such as motivation, making a living off rap, rememberance, individuality, the internet, sometimes expressing fairly complex thoughts. “Imaginary?” runs the gamut from “lyrics recommending to ignore physics / quantum mechanics and forced limits” to thinking back ten years discussing “makin’ it big when it comes to that musical relevance / rather than bein’ a couple degenerates” with fellow Brighton artist Rizzle. (How about an actual feature sometime in the future?)

Ocean Wisdom has taken a big step towards that goal and grown into an authentic and exciting artist. “Chaos 93′” is first and foremost the genuine expression of a young artist because as it turns out, the title isn’t a reference to a bygone era but the fact that in 1993 the baby boy nearly got the name Chaos after a dramatic birth. He obviously embraces his birth name Ocean Wisdom, but at least in his music, Chaos is still very much an option. And that sounds like a winning combination.