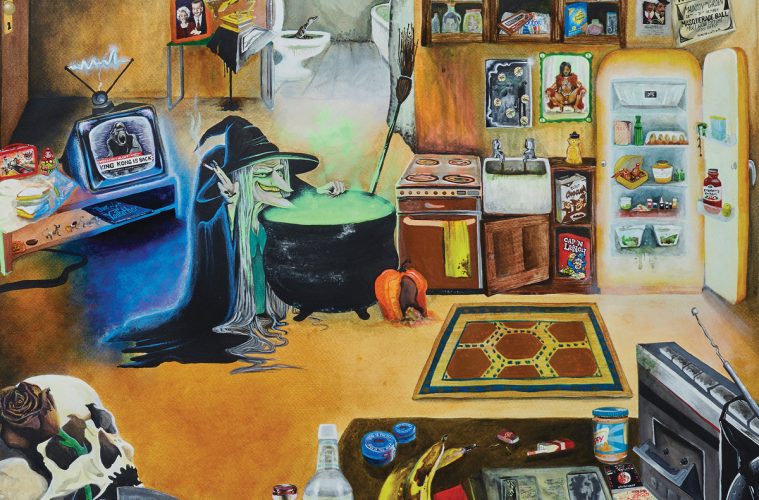 It Wasn't Even Close

Your Old Droog :: It Wasn’t Even Close

There are some rappers you like from the first time you hear them. It’s an instant and immediate attraction like two magnets — things just SNAP together and you can’t imagine the sound of someone’s voice better aligned to your ears. A wide variety of artists have been that for me over the years: the calm eloquence of Nas, the cerebral bars of Ras Kass, the politically charged baritone of Chuck D, the future thinking flow of Del the Funky Homosapien, the quick spit wit of Twista, and so on. It may be putting Your Old Droog into an unnecessarily lofty category to say he was just as “magnetic” to me as Ice Cube or Big Daddy Kane, but it is what it is. The very first time I heard him spitting bars on “Free Turkey,” a song that flipped the exact same record Q-Tip did for Nas on “One Love,” I was straight hooked.

Droog was then and to some extent still is now a hip-hop man of mystery. Some people even believed he was Nas in disguise for a while. Once Droog outed himself as a Ukranian-American who grew up in the NY projects, the conspiracy theorists got LOUDER and suspected a “false flag” to cover Nas’ tracks. “He can’t be from Brooklyn can be?” raps Droog on “World’s About to End” from his new album “It Wasn’t Even Close“. Maybe it’s just too hard for some people to deal with the fact that accents are as much regional as they are racial. Why else would Action Bronson draw comparisons to Ghostface Killah when he started out? Why did the late great Dusty Rhodes sound like he was rapping to you if your eyes were closed? It’s “Mostly Tha Voice”.

The sound of a voice can form an immediate attraction, but that bond can be weakened and eventually broken if that voice is talking loud and saying nothing. Martin and Malcolm both had a natural gift for public speaking, but perhaps more significantly they had a gift for WRITING that took them beyond being public orators to transcendent legends. Now don’t twist my words like a pretzel and say I’m comparing Your Old Droog to the Omaha born Malcolm Little (in fact any line quoted from this paragraph out of context will be shot down on sight). The point is that on songs like the Sadhu Gold produced “90 From the Line”, Droog goes beyond being a voice to being a man who uses his God-given gift to rap well AND story tell.

“Give a damn what a sucker said
I’m all about them ducats, bread
Got chicken on my mind like Buckethead
A wild fervor, my CD compel
You dudes burgers, can’t even do that medium well
Bunch of dick riders with no life preservers jumping off the deep end”

Droog is an interesting enough personality with witty enough punchlines to not need guest stars, but they occur on “It Wasn’t Even Close” anyway. You can find (MF) DOOM and Mach-Hommy on “RST”, Roc Marciano on “Chasing Ghosts”, Lil Ugly Mane and Wiki on “Smores” and so on. What’s funny is that when you talk about magnetic attraction level rappers, I’d put DOOM at superconductive levels, while Roc Marciano is at the rare earth end of magnets. Despite that potential to be robbed of the spotlight, Droog keeps himself the focus on any track where he graciously shares the mic.

The great irony of “It Wasn’t Even Close” may be that the album lives up to its title. HOLD UP I know that sounds like a wild diss but I’m gonna explain. Droog was and still is the kind of emcee who can murder a track lyrically while seemingly in cruise control, so even his best work can sound half blunted and a third mentally checked out. Droog needs to be motivated by instrumentals that are so off the meat rack they’re soy based, but he’s not getting that treatment musically here.

Individual moments of brilliance can be found here and there — Evidence on “World’s About to End”, Sadhu Gold on “Ugly Truth”, and Daringer practically marries Droog to the track on “Bubble Hill” while YOD makes me laugh with snaps like “Money in my name like A$AP”. If I was fantasy booking a Droog album I’d have Evidence lace two, Daringer do two, Sadhu would get one and the rest would go to Primo, Alchemist, 9th Wonder and Polow Da Don (I get a feeling a Droog and Polow track would be BANANAS). This album? Not even close to that good. Droog is great but he needs some tracks that can get on his level.