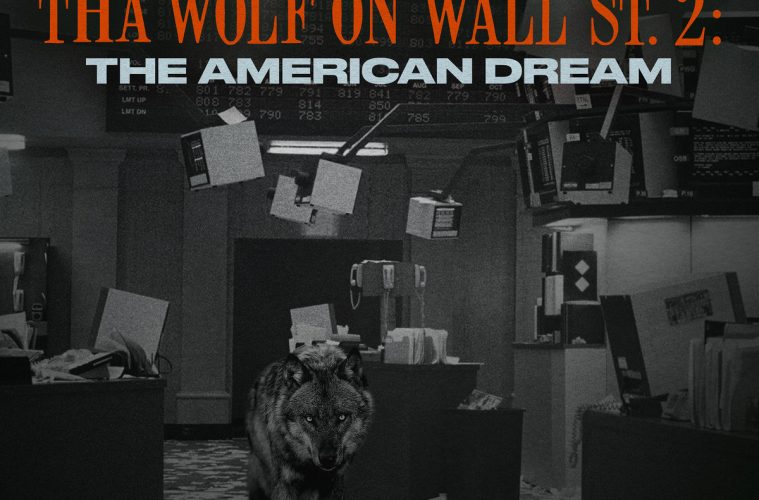 A follow-up to their joint album from last year, “Tha Wolf on Wall St.”, Your Old Droog and Tha God Fahim don’t switch much up for their second go-round: It remains an eight-track release with each song pertaining to something economy-related. Fahim produced the entirety of the “Tha Wolf on Wall St.”, but not this time around. The ATL-based MC/producer made it a point this time to provide joint mic duties with Droog, allowing him to fully juxtapose his airy southern flow to Droog’s grimy Brooklyn voice. On the surface, some may see this kind of interracial rap duo and think “Run the Jewels”, but no. Your Old Droog and Tha God Fahim are a separate animal.

Like the original, “Tha Wolf on Wall St. 2” is about grinding for the almighty dollar and uses the 2014 Martin Scorsese film, “The Wolf of Wall Street”, as something of an inspirational backdrop. Starting off with “Wall St With Briefcase”, the Fortes-produced track consists of a looped soul sample with Fahim laying down the first vocals. Just to get this out of the way right now, Droog is the better emcee. Fahim has a higher voice and is also ‘90s inspired, but Droog has better multis, wordplay, and the laid-back soul looped production is better suited for his flow. He’s got the greater quotables as well, where on “No Days Off”, he raps that “my album’s a hip-hop CPR kit”. The snare-less sampled loops become tiresome until “Bull Market”, which actually has drum programming courtesy of Nicholas Craven. They return to the soul loops on “Chubby Pockets”, but keep it interesting with intense lyrics about success, making money, and keeping their spot.

The hustle defines the album’s second half. The duo aims to get that money tactically on “War of Millionz” while waxing lyrically on “Corporate Ladder”. On this track, it’s got an r&b feel and a horn sample which compels Fahim to slow his flow for the beat. On the closer, “I Wont Stop”, there’s vinyl crackling around the looped sample, but we’re not done yet. The album has a number of movie quotes sampled and either begins or ends each track with one. On the Messiah Musik-produced “War Cry”, it starts with “You know who I think has power in society? The rich.” The production here is better than most of the album. It’s got better, more pronounced drum snares, bass, and a woodwind sample:

To conclude, the repetitive production and the brevity of “Tha Wolf on Wall St. 2: The American Dream” keep it from being an album with repeat listens. The production format mostly consists of finding a three to four second sample and then doing nothing else beyond looping it, and that prevents it from being an adequate sonic backdrop for both emcees. While the wealth concept is nothing new in hip-hop music, both Fahim and YOD get points for adding their lyrical take on that notion.