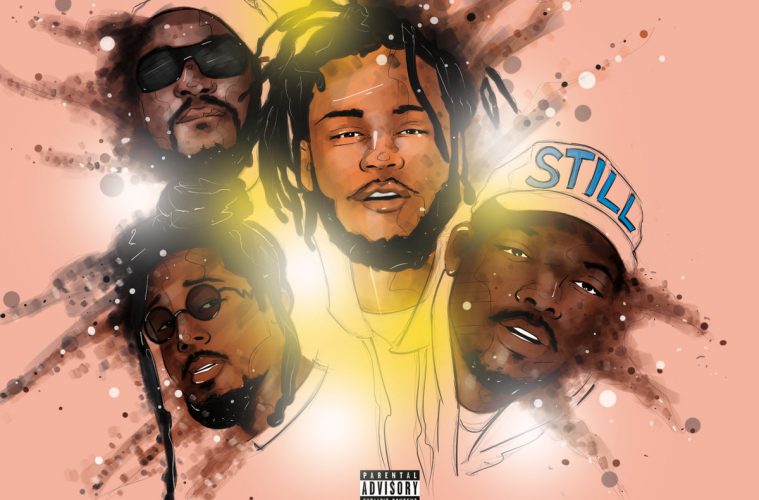 It has been a few years since Detroit’s quartet Clear Soul Forces last let us into their world of microphone passing and obscure references to classic videogames, and “Still” feels like they never left. A few solo ventures from MarvWon and Noveliss aside, that playful chemistry is back in full force in 2019 as one of the few crews remaining in hip hop channeling pure, old-fashioned rhyming. Regular readers will know there’s nothing old about the Forces, other than some of the classic videogames they throw nods to.

“They Shootin'” may be packed with videogame references but its a sharp metaphor for how disposable the black man’s life is in America. With a video on an empty street, each emcee gets shot before they can get their four bars out. As fun as any of their previous work, “Still” boasts that clean Clear Soul Forces sound we have grown to appreciate and that’s thanks to Ilajide. There’s that smooth J Dilla feel if it was a cartridge that needed blowing (yeah I know you’re not supposed to do it).

As enjoyable as “Still” is, the style of rapid rapping lends a scruffy feel to the songs that make it difficult to place on a pedestal with crews such as Tribe, Wu or Jurassic 5. This is highlighted with the track “Kick It” which covers the Tribe classic but has that trademark Forces style applied to it. However, there is some satisfying experimentation on “Pump, Pump” where the guys operate on a different level – the beat sounds like it is trying to keep up with them rather than the other way around.

Like a secret level you anticipate unlocking, “Don’t Stop” ends the album with a switch halfway through and turns into a theme song for WWE wrestler ACH. It sums up Clear Soul Forces, fans of rap, wrestling and videogames, they speak to a generation through escapism and creativity, something they champion and do with aplomb. Still.