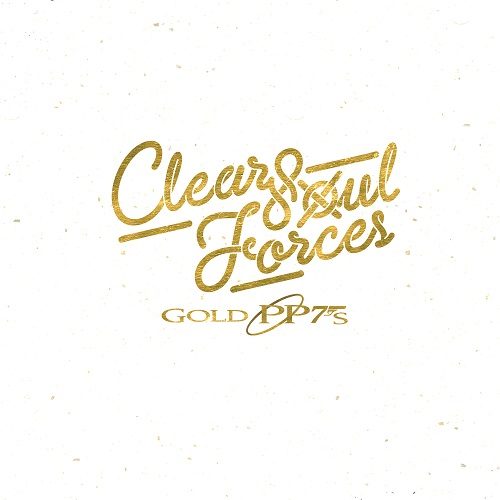 Hip Hop in 2015 is full of individuals. I’m not announcing the demise of the rap group, but there certainly feels like a gap in the market that’s been left by legendary crews like the Wu-Tang Clan and Boot Camp Clik. While Slaughterhouse are more than capable of holding down Hip Hop alone with their 1st Dan level of rapping – it’s still quite an intense experience that never really maintains a unique identity. It also shows that talented individuals coming together can actually hurt careers (did anyone care that Joell Ortiz dropped an album last year?). Enter Clear Soul Forces, a group hailing from Detroit which automatically means they are worth checking for, considering the constant stream of excellent music emerging from the city.

Where Wu-Tang Clan used badly dubbed martial arts films to create their own world, Clear Soul Forces draw from retro video games, sci-fi, wrestling and various other fantastical favorites any young man can associate with. There’s no emphasis on chiptune (or MIDI) however, but there is a pleasant dash of it subtly scattered throughout the album; the overall sound however is more reminiscent of J Dilla and Ali Shaheed Muhammad. Production comes courtesy of one of the emcees – Ilajide, and while some tracks are restricted by the mic-passing nature of the crew, there are some guaranteed neck slammers here. The collaboration with Kooley High (“Freq Freq”) is a highlight, showcasing the technical side of each emcees’ flow while also maintaining the playful tomfoolery that comes with a bunch of friends rapping for fun:

Songs like “Continue?” may not engage listeners who didn’t grow up on The Legend of Zelda or Street Fighter series of games, but there will be a sly reference to an obscure wrestler or martial art style that is sure to raise a smile. The blink-and-you-miss-it song with a hook is aptly titled “Ninja Rap”, and shows the guys can create a song with a theme, even if it is combat techniques and descriptions of weaponry. It’s clear that the glue holding the endless waves of words together is Ilajide, the group’s producer. He has a soulful style that harks back to groups like Slum Village, which isn’t usually a style you associate with a bunch of guys trying to out-spit each other.

Nameless produces “Unlimited Bounce”, one of the best songs on the album. It possesses a sound that feels like the cosy, comforting memories retro gamers associate with old video games. Some of the lines are obscure (“you disappear like three of Professor Robo’s beans”) but the stop-start nature of tracks like this help keep things interesting. The production on recent songs that have emerged on “Cheat Codes EP” and “BPSWR EP” has leant more heavily on the chiptune, which I personally found disappointing despite being a keen gamer myself. The thumping, smooth instrumentals on “Gold PP7s” are what enable casual listeners to approach the group’s barrage of rhymes without feeling alienated, but it also lends their work a timeless quality.

“Sparring Session” is just that, a lyrical exercise with Ganondorf, jetpacks with microphones for handles and Xbox game Halo all getting mentioned. A lot of “Gold PP7s” is essentially glorified bragging, but it’s all so jovial and packed with overblown rhyme schemes that it never stops being fun. Compared to the intense, exhausting experience that a group like Slaughterhouse can often be, Clear Soul Forces are the Hip Hop equivalent of the retro Nintendo video games they so often cite. They represent the competitive nature of Mario Kart, while also embodying the purity and hidden depth of that series. Of course, this video game schtick has been done already by Mega-Ran and countless other random emcees (usually accompanied by the obligatory Biggie “Super Nintendo, Sega Genesis” line), and none of it would matter if the group had no chemistry. Thankfully, members J-Roc, Ilajide, E-Fav and Laz are distinct enough to identify their individual styles while also maintaining a natural cohesiveness.

“Gold PP7s” takes the excellent groundwork laid down on their debut “Detroit Revolutions” and ups the ante further. Depending on your childhood however, how much you take from the guys’ lyrics will vary if you didn’t spend many hours playing video games, watching wrestling or bumping classic Hip Hop with your friends and arguing over who dropped the best verse.

Video games are a constant theme throughout “Gold PP7s”, the title of the album itself referencing classic N64 game Goldeneye. Gold PP7s are unlockable weapons that combine the lethal one shot insta-kill of the Golden Gun with the semi-automatic nature of a traditional PP7 (or Walther PPK). It’s a great analogy of Clear Soul Forces as a crew – except these weapons unload rhymes at a rapid rate (think Golden RC-P90s) and they leave listeners coming back for more like Temple, Pistols only and Licensed to Kill. If that sounds like a foreign language, then it’s time to dig out the old Nintendo cartridges, stick this in your CD deck and enter one of the most enjoyable cipher sessions of the last decade.