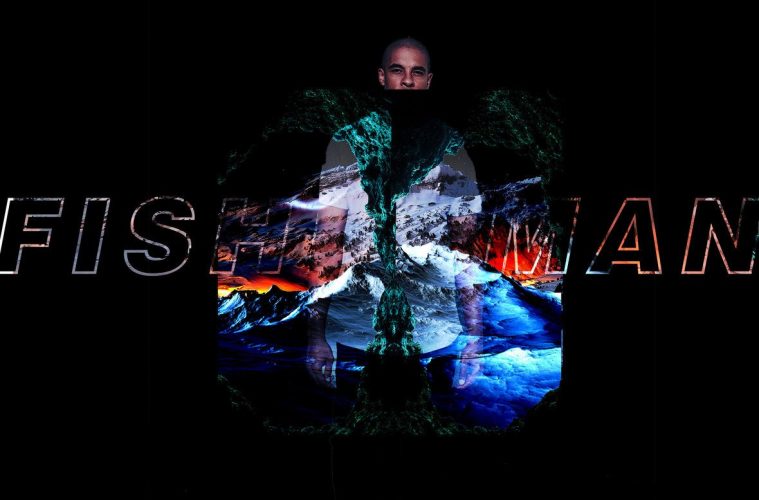 In promoting his latest album, “Fisherman“, Pete Santos promised a new direction in terms of his production and songwriting abilities. If the album’s four lead singles (“Blood in the Streets”, “Off On”, “Fisherman”, and “Heroes”) are anything, then they are affirmations of that promise. Despite the variety of sounds on “Fisherman”, the album is not an affair of multiple producers, no.

This time, Pete has decided to run with the tried-and-true formula of “one emcee/one producer” and enlisted Berat “B.Cimili” Cimili to produce the album in its entirety. Since his “Riding to the Tune of Time” debut from 2015, Pete has gradually stepped up in terms of his musical choices and lyrical acumen. It’s safe to say that in the span of a very short four years, Mr. Santos has come closer to finding the right musical blend that works to fit with his style.

The album’s introductory track, “Floss”, features cough sounds, but the title is the only thing I can connect to the album’s fishing theme. In fact, there’s almost a tongue-in-cheek element to it on the surface, seeing as how the term “floss” is meant to be something gaudy. The next track, “Mountain Top” is a head nodder for certain, especially with the opening verse and how it grabs the listener with Pete’s flow to the beat. The strings sample included by B. Cimili also speak volumes. “Holla” is an example of an improvement of his rapping ability. In it, Pete goes with a double-time flow and multi-tracked vocals with an Autotune effect added. He’s even playful with the repeated “can’t catch me with your best shoes on” line. The “Holla” hook is accentuated by B. Cimili’s airy production.

“Hi-Fi Lo Fi” is the most tranquil song on the album, complete with singing and upbeat music merging elements of pop & r&b. It bears a similar musical tone to what you’d expect to hear on a tropical island or a Wayne Wonder album. The single, “Off On”, is the one track on the album that fits with the modern rap sound, even with its semi-serious subject matter about being a rap performer who has to transform like Clark Kent in a phone booth. Apart from the single “Blood on the Streets”, Pete also goes deep on the album’s title track. B. Cimili’s beat makes use of bounce and synth keys to allow Pete wax lyrical about one of the vaunted seven deadly sins in hip-hop. Taking the metaphor of fish, he applies it to those searching for fame and wealth as well and takes aim at the greed the fuels it. In the parlance of the title track, the beat and the hook are as equally catchy as fishing bait:

The most well-produced track on “Fisherman” is “Heroes”. Though the song’s introductory singing of the hook sounds slightly off-key, that’s easily compensated by B. Cimili’s upbeat production (with well-timed piano keys) and Pete’s melodic lyrics incorporating the theme of finding positivity in personal struggle. Pete tackles the dangers of having a love of money on “Dolla Dolla”, which is impressive production-wise with the fade-outs in the outro coda.

The album closer, “Pound”, incorporates wordplay on top of its faint electric guitar in the background. Pete has stated that “Fisherman” is his best body of work. I would add “so far” after that assessment. He’s been gradually coming into his own as an emcee and vocalist and this release is where it has shown the most. In creating a style of hip-hop that blends pop, R&B, and soul genres, he’s been looking to brew the right mix that’s palatable to the ears. With “Fisherman“, he’s reeled it in while being conscious and confident in his ability to catch something even bigger.