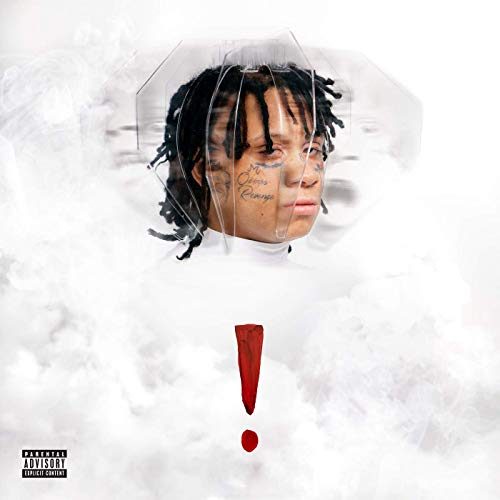 “I spoke to God yesterday and I told him save me”

Trippie Redd isn’t a gospel rapper. Actually by the standards I grew up with I wouldn’t say he’s a “rapper” at all. He sings. He sings almost all the time. There’s no point at which he’s doing nothing but spitting bars over beats. By the 2019 standard of rapping though, by which I mean what you hear Post Malone and Swae Lee doing on “Sunflower”, he’s definitely rapping and doing quite well at it. Songs like the Wheezy produced “Mac 10” featuring Lil Baby and Lil Duke are tailor made for that Sunflower audience.

If he looks like Scarface using a money counting machine in the thumbnail, it’s not a coincidence at all. I said he’s not a gospel rapper, but he’s also not a deep rapper. Trippie offers nothing more profound on a song than “P#%sy nigga, you ain’t really in the right position/to be talkin that gangster s%#t, p#%^y you get hit collision”. He smokes his smoke, drinks his drank, counts his money and sings about his lifestyle on tracks like “Everything BoZ” featuring Coi Leray.

If at times Trippie Redd feels like the late XXXTENTACION it’s not a coincidence. The two were friends and collaborators before his passing and the album being named “! (Exclamation Mark)” is a tribute to his fallen comrade. He probably would have appreciated “Under Enemy Arms” despite the fact he’s the one who “ended up in the dirt” as Redd raps.

Trippie is definitely taking advantage of his current high profile by collaborating with equally high profile artists and producers. The Game appears on “Immortal” with production by Crabtree & Hammad. Murda Beatz & Frank Dukes lace “Keep Your Head Up”, which features more of Trippie’s unique brand of spiritual positivity as seen on “Be Yourself”. Playboi Carti is on the Chopsquad DJ and G Koop blessed “They Afraid of You”, but I’m afraid I can’t share it with you because someone IS afraid of sample clearance — the song has been removed from all streaming services.

To make a long story short, Trippie Redd is another in a long line of modulated, formulated and fabricated rapper slash singers who want badly to remove the slash from that definition. Most of the time his music is like a cool breeze on a warm summer day — you feel good for a second and then go right back to being hot and thirsty. I’m not here to tell you Redd isn’t an artist, or even that he’s not a good artist, but he’s not quite a great artist. He simply exists, but to those who want more of what XXXTENTACION offered without having to buy 50 posthumous releases, he’ll do.