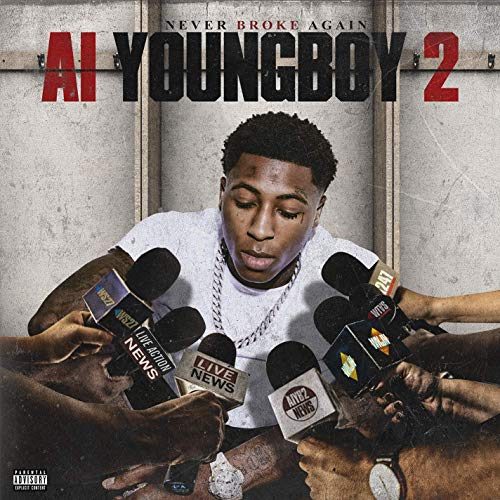 Kentrell DeSean Gaulden is better known as YoungBoy Never Broke Again. Earlier in his career his name was flipped around as NBA YoungBoy, but I have the feeling the actual NBA probably stepped in and told him that was a trademark violation. Even if that’s not the case the “Never Broke Again” part would be more apt if Gaulden could stay out of trouble. He recently got out on probation for a 10 year sentence for which he maintains he was held accountable because he “was the biggest name” of a group arrested at the same time. That doesn’t explain why he was seen on camera assaulting his girlfriend though, or how he wound up in a shootout in Miami that left an innocent man dead. It’s easier to not be broke if you’re not spending all of your money on attorneys and settlements with the families of the victims.

There are two sides to every story though. When Gaulden says he’s being targeted because he’s black, rich and famous there’s plenty of reason to believe him. Far too many rappers wind up dead or in prison for the same reasons. Haters are out to get him. Cops in Louisiana just don’t like him. It’s all plausible and in fact probable. That said I feel like I’m doing a disservice to RR’s first YoungBoy NBA review on “AI YoungBoy 2” if I don’t let you know that controversy seems to follow Mr. Gaulden everywhere he goes fairly on unfairly. That makes me lean into tracks like “Slime Mentality” a little bit harder to see whether he’s egging his haters on with his raps.

“Boom bow, p*ssy b**ch don’t try to run now
F*ck nigga ain’t have his head on
I’ma make sure that these ni**az hear me through they headphones
I’ve been coolin but these p*ssy b**ches, just won’t leave me ‘lone
Crack you in ya sh*t just to see what’s on yo’ mind
I’m YoungBoy, YB Kayla with me, yeah she slime
Police on my ass gotta watch the way I’m slidin
He actin hype, I slime him down to ease his mind”

When slime first started popping as slang all I could think of was DragonQuest video games. These days though I’m used to it being synonymous with “homie/friend”, but despite his “Slime Mentality” YoungBoy spends a lot of time talking about “p*ssy” people in his life. If you’re one of his slimes you’re good, but a whole lot people are clearly not and never will be. If I didn’t know he was talking about jealous rappers and envious fans I’d mistake him for a misogynist because “b**ch” and “p*ssy” seems to be his favorite words.

I find it slightly ironic to hear YoungBoy sing/rap “Where the Love At” toward the end of “AI YoungBoy 2”. The friendly relaxed musical backdrop completely belies how belligerent Gaulden is on the song, threatening to “bust a ni**a head if he try me” over and over. On one hand he thanks his grandfather for all the valuable life advice he got, on the other hand he tells his mother doesn’t care if he dies as a thug. As much as he professes he’s tired of the life and wants to find some love in the game, the song reflects his Tony Montana “don’t f*ck with me” attitude throughout the entire CD.

Let’s be 100 about that. If YoungBoy Never Broke Again wasn’t loud and rowdy he wouldn’t have achieved the popularity he currently has today. It may even be that like most successful sports entertainers his rap persona is just his real life with the volume turned up way past 10. If that’s the case it’s not surprising he winds up with so many court cases, but I’d be lying to deny the magnetic appeal of his unbridled hostility. There’s a strong punch to the words of Gaulden that many of his singing contemporaries lack, and whether it’s the profanity in it or the intensity behind it (or both) it works. I can’t recommend him as a role model in any way but after listening to “AI YoungBoy 2” I can certainly understand his appeal.