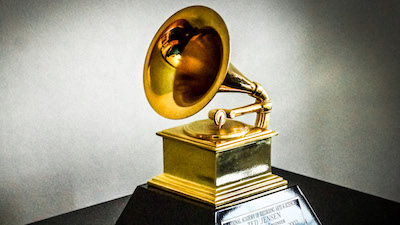 There’s been a healthy amount of skepticism about the role the Grammy Awards play in hip-hop music and culture over the years and vice versa. While that may still be the case going into the 2020 awards, that hasn’t stopped anyone from wondering who the front runners are in rap to win Best Rap Album for 2020. Is it Lil Nas X? Tyler, the Creator? Kanye West? Post Malone? There’s a healthy amount of speculation out there right now.

Thankfully there’s no need to guess any longer. The nominees are in and the show is scheduled for January 26, 2020 at the Staples Center in Los Angeles, airing live on CBS. In fact you can already find odds on the leading Grammy Award nominees that are expected to win in all of the major categories. Let’s focus strictly on the aforementioned Best Rap Album for 2020 though and let you know who all the players are in this game.

It may come as a surprise to some that neither Kanye nor Post made the list, although given Mr. West dropped his album on October 25th it may have been too late to gain traction as a nominee. The counter-argument to that would be that 21’s album dropped in January before the last Grammy Awards ceremony, which means it has been out so long as to almost be an afterthought at the next event. “Hollywood’s Bleeding” came out a month before it in September so either it was “too late” as well or it simply got overlooked by the voters.

From a creativity perspective “Revenge of the Dreamers III” should in theory be the strongest contender given that it’s a compilation album from all of the associated acts signed to J. Cole’s Dreamville label. The breadth and variety of music found in it is simply hard to beat. Tyler’s making all the right moves in 2019 though and was most recently featured in an extensive GQ profile, which focused not only on his music but his imitable sense of style and fashion. The fact he’s a trend setter as opposed to a trend chaser makes him an appealing nominee, but his controversial past could hurt his chances. YBN Cordae is a dark horse vote. Meek Mill and 21 Savage are both well established, but the 22 year old rapper from Raleigh has seemingly blown up overnight with songs like “Bad Idea.”

I think a win Cordae Amari Dunston would send a really strong message that the Grammy Awards finally, truly get that hip-hop isn’t just about who has the biggest name, most controversial and outlandish statements or best publicist. While he might not singularly have the best album of 2019 from the overall diaspora of hip-hop music, he’s certainly the most intriguing nominee of the five and the one many readers will hope to see pull out an unexpected win. After that though the Geto Boys will once again have the last word on all award ceremonies as they pertain to hip-hop.