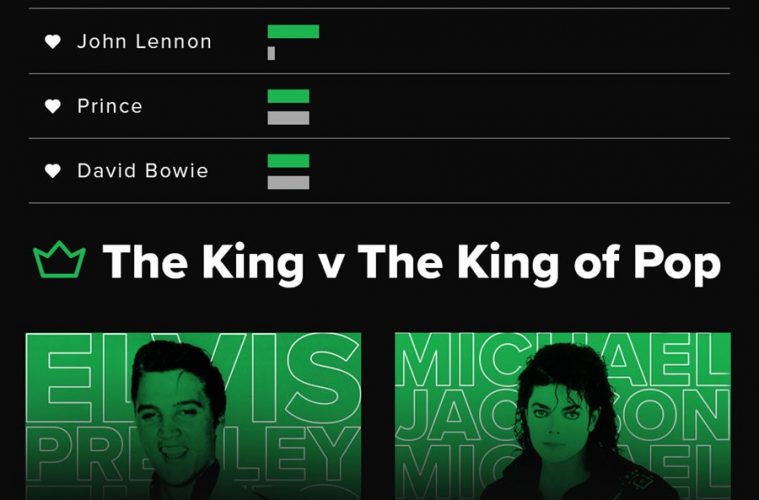 The King vs. The King of Pop

The future of the music industry

Terrestrial radio in the United States is still the fulcrum of most of the income potential for a songwriter. It’s remarkable that we talk about streaming, downloads and so forth, but streaming for a large base is really confined to current pop and R&B/urban music in its formats. And while that’s lovely, it’s a crowd of just a limited taste or appetite.

The radio business is so much larger in total value than streaming is for the songwriter. People who continue to listen to commercial radio in the United States are older, because younger listeners have gravitated to streaming.

So what’s the inventory for the radio stations in the United States, which represent $14bn in revenue? Well, they are skewing towards an older demographic and therefore they are playing an older inventory of music. Over 55 per cent of airplay in US commercial radio is identified as gold music – that’s music that is not current, that has been released for a while.

BMI has seen that curvature – older music, older demographic – with Jackson being in the middle of so much of that hit-driven material from 30 to 40 years ago, and they sign him up, smartly, because that is a highly valued catalogue in the way that radio now manages its inventory of music.

Jackson’s deal with BMI speaks to the importance of back catalogue to radio, which is the largest source of income that a writer will earn on his songwriter royalties. I would say that at least half of his revenue is coming from radio. And that’s being represented by BMI.

If you have a catalogue of new pop music then you have to do decay curves. You’re not going to buy it at the height of the popularity of the song because there’s only one way for that song to go. You have to work out how fast it will fall to a steady state, because that’s what people want to pay for. They want to know not today’s value of the song, but tomorrow’s value.

Standards like Michael Jackson tend to trade at a higher value because they’re proven. There are no kinks in the value chain, you kind of know exactly how it’s going to land because it has a nice, even track record to rely on. There’s no risk involved, so that is built into value.

These songs have material value. The songs in that genre are highly valuable for insertions in film, commercials and television. They speak to a timeframe, a mood, an era that is very commercially exciting for advertisers, film and television.

When Tom Petty passed away, and I remember this happened with the Eagles when Glen Frey passed away, we do see a surge in activity.

There’s a scramble anyway for standard hits. There are about eight or nine buyers that compete all the time for this music. So there’s an appetite for Michael Jackson and the market is already going to be inflated because there’s a surge in demand to buy, and the seller will leverage on that. It’s not the death, it’s the format of the late songwriter. If we talk about standards, these fantastic iconic songs, they just live and breathe throughout the marketplace.

There’s a thought that streaming, even though it’s so focused on contemporary music, even older people will catch up to it and standards will become part of that business environment as well.

This interview was conducted by Jack Green from Betway.