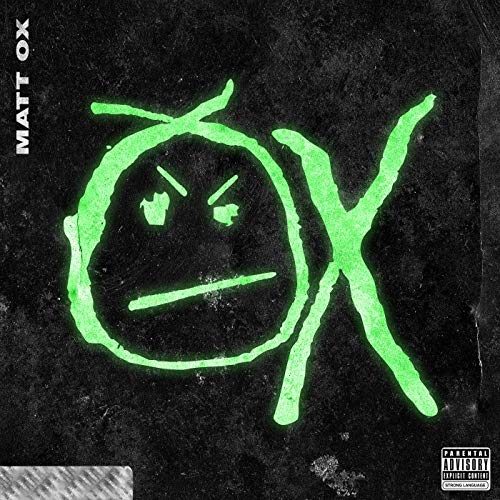 The music world is strange. Reviewing the artists in it can be even stranger. I’m sitting here pondering the ethics of eviscerating a 15-year-old rap artist. On the one hand he had to know exactly what he signed up for when he got into rap full time at only 11. On the other it’s not like he could possibly be a hardened, war weary, battle scarred veteran with the ability to easily deflect criticism. Most adults aren’t even that good at taking a diss without getting their feelings hurt and/or retaliating in kind verbally (and often times physically) let alone teenagers who don’t even have life experience.

Matt Ox may just have to take this as one to grow on. I mean this in the nicest way but listening to “OX” makes me think he needs to literally do that. I’m not sure he’s got his adult hair yet. It’s debatable that Kris Kross was more mature on their debut album. His voice isn’t just high pitched, it’s helium. Every single guest star on his release has a deeper voice than him. Of course guest starring is how Matt got his rep in the first place. His appearance on the late XXXTentacion’s sophomore album put the young rapper on to a whole new audience who had never heard of him before.

After songs like “Drip” I’m not sure I ever want to hear of him again. It’s not just disconcerting to hear this pre pubescent emcee talk about his drop like he’s 21 Savage or Offset, it’s WRONG. If he really is making that kind of money that needs to be put in a trust for his future — be it college education, buying a home when he turns 18, setting up his own record label, or even all of the above. I don’t need to hear a little kid saying things like “That boy ain’t on a scene, he don’t even got no chain/Need that iced out ring, just to match my chain”. Nah. No. Not at all. It’s not just irresponsible, it’s awful. It sounds like he’s imitating the older rappers he admires, many of whom are not what I would call ideal role models, trying to be exactly like them. On “I Like” he’s even trying to AutoTune croon like them.

“I was duckin tests, boy, I was duckin deals/Y’all was taking quizzes while I was countin bills”. Counting bills doing what Matt? You need to take your non-grown ass back inside. I don’t want to know what kind of pills you sell to count bills or drip with ice, or what larger and more connected dealer said “Yeah I’m gonna let this little kid run the streets for me, he can act like he’s hot shit, and if he gets caught with the work I don’t know him.” It’s not like you can be a major figure at 15, and if you can you’ll probably be dead or in jail by 16. You see why this kind of shit makes no sense? At least Kris Kross was rapping about wearing their clothes backward, being late for the school bus, and jumping around at parties. Their music at least sounded authentic for their age/demographic. Matt Ox may be authentic in ways I can’t imagine but the vocals on “Blue Racks” don’t SOUND authentic.

Obviously I got over feeling some type of way about critiquing “OX“. I tried not to go too hard on this kid, but I can’t imagine who needed this music in their life that badly. His hustle game has to be strong just to wind up with a record deal through Motown. Good on you Matt. Now please do us all a favor and take whatever money you’ve made from the rap game and invest it wisely in your future, because I’m sure your future isn’t rapping.