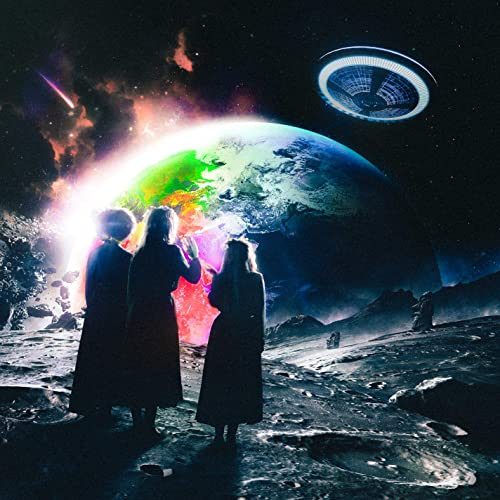 I was NOT trying to predict the future when I said Lil Uzi Vert was “living for today and not assuming there’s going to be a tomorrow.” That sure seems prescient in 2020 though. Events around the world have conspired to offer us a stark reminder that things are unpredictable and chaotic, you’re never promised tomorrow, and you have to make the most of the time you have on this Earth. Vert is doing that by dropping a “surprise release” for spring 2020 with “Eternal Atake,” although he did put out a single in January called “Futsal Shuffle 2020” teasing it. We didn’t know when the album was due but we did have a catchy Brando Finessin, Mayyzo, Loesoe and Star Boy produced track to tease its arrival.

Even though the young (25) rapper hails from Philadelphia, you wouldn’t be blamed for thinking he was from Atlanta based on his crooning and tuning. He fits so perfectly into that sound that he can even remake a Backstreet Boys pop hit and turn it into a rap song. Yung Lan, Felipe Spain and Supah Mario provide the instrumental support for him to pull off “That Way” but without the cocky swagger Vert has an attempt like this would fall apart. Like a lot of things about Lil Uzi Vert though he makes it work whether you love him or you hate him.

“Eternal Atake” also deserves recognition for delivering value in an era where the word “album” has been losing meaning with releases that clock in at a half hour or less. Vert more than doubles that here, and that’s if you DON’T buy the deluxe edition which adds another 45 minutes of music to the mix. The fans of Mr. Woods will undoubtedly be pleased. The critics? That’s a little bit different. I appreciate that Vert caters to his loyalists and works really hard to not just serve but super serve that base. I admit that Vert does the sing-rap style just as well as anybody else in the country. If we had the kind of world where driving around with the top down made sense right now, the bass heavy “Bust Me” produced by Bugz Ronin would be on full blast rolling through the O.

I’m torn when listening to Vert releases like “Eternal Atake” because despite the fact that he’s not offering anything unique or extraordinary that would justify him being a success, he pulls it off anyway thanks to slick production and catchy hooks. If you pick apart every little piece of a Lil Uzi Vert track it wouldn’t seem to work, but there’s a gestalt factor at work that makes him more than the sum of his parts. If you absolutely can not stand rappers who should be called singers then you need to take a hard pass on Vert, but if you occasionally (or more often than that) enjoy the crooning, Vert is at least someone who can put it together in a way that is surprisingly decent and occasionally quite good.