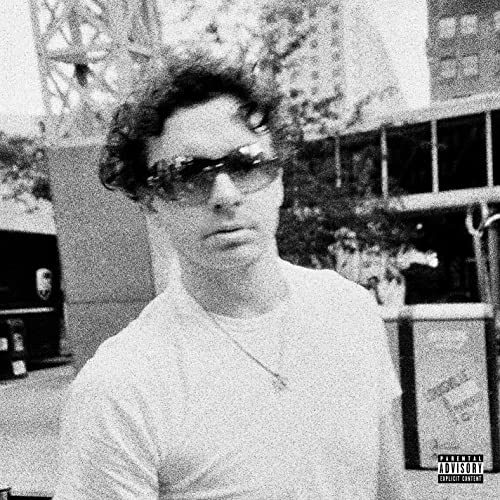 It was inevitable. Sooner or later I’d review someone who made his debut using a mic from a video game, and Louisville rapper Jack Harlow is that man. Before you knock him for the terrible sound quality of a Guitar Hero mic, keep in mind he was in the sixth grade at the time. He and his friend Cope burned 40 copies of their album and sold them for $2 apiece. That’s a pretty good hustle when you’re a pre-teen and a totally legal one to boot. It set the stage for his later years in high school when his voice started maturing, his social media presence and YouTube videos blew up, and major labels started bidding for the rights to his services.

Atlantic Records subsidiary Generation now, an imprint from DJ Drama and Don Cannon, won the bidding war to put Harlow on their roster, and the winners wasted little time putting out “Sweet Action.” Coincidentally or not the album dropped on his 22nd birthday. Being that young means he literally has his whole life ahead of him, so it’s hard to blame him for celebrating being young, fly and “feeling myself” on the single “What’s Poppin” with lines like “can’t murder my ego.”

“I feel resentment from every direction … I be discouraged from sharing my blessings” quips Harlow. That’s probably because the haters think he just got here overnight even though he spent a long time hustling to get here. Besides respecting the fact he worked to achieve this level of success, I’m also pleased to see that he’s rapping on the track, not just singing his way through it like so many of his peers. Unfortunately that buzz doesn’t last because “2STYLISH” instantly makes him the same as OG Maco, Tory Lanez and Post Malone. They are all interchangeable on this track.

“I Wanna See Some Ass” is an even more pronounced sing-song flow, although he may be the first rapper to promote social distancing with the words “I don’t eat the pussy, I’ma tell her be safe.” Then again that may just be the general stigma among macho rappers about going down on women. Perhaps Gangsta Boo needs to give another lecture. Harlow gets back to spitting and not crooning on “Smells Like Incense” while he brags about “finishing strong” and mocking jealous peers by saying “she already chose” him over them. There’s no shortage of swagger to Jack Harlow.

It’s difficult to give an endorsement to male posturing and unrepentant sexual conquests on “Sweet Action,” particularly when it’s paired with a rap style that sounds more like R&B than being an emcee. It would also be hypocritical to say I never enjoyed the lascivious lyrics of Too $hort or sang along to a Post Malone song. Even when I think I’m about to burn out on Harlow for being a carbon copy of the current trends, he drops a song like “Hey Big Head” where he alternates back and forth between the singing and the spitting so seamlessly that it’s honestly pretty fresh. Even amongst the cliches it’s clear that Harlow is as “cool, calm and collected” as he claims to be and it’s fun to listen to.

I won’t tell you that Jack Harlow is going to be the man to reinvent the rap game in the 2020’s, but I also won’t tell you that he’s not going to be a factor on the scene going forward. With a major label backing him, a home grown fan base from his own life-long hustle, and an undeniable charismatic charm to his delivery, “Sweet Action” suggest Harlow is one rapper to keep an eye on.