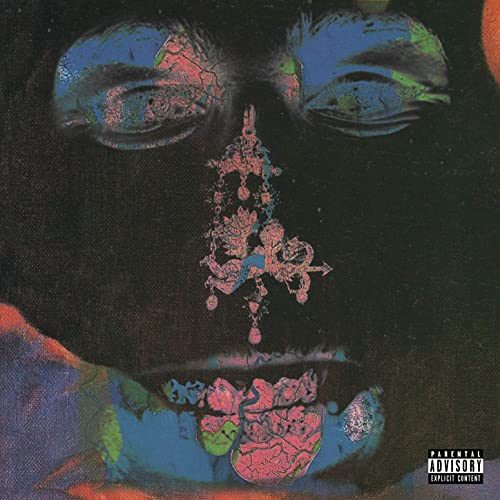 Now, More Than Ever

Flatbush Zombies :: Now, More Than Ever

It’s not hard for me to relate to a hip-hop group whose origin story involves bonding over a shared love of anime and pro wrestling. Flatbush Zombies might get favorable nods from me as a result, but as it turns out the only coverage they’ve gotten until now was as part of Beast Coast. If anything I probably went the opposite direction with the Zombies — I suspected I might be biased and avoided talking about them or covering them more. “Now, More Than Ever” would be a good time for me to change that.

The group’s members are Zombie Juice, Meechy Darko and Erick the Architect — the latter of whom also handles a majority of their musical production. The first single off “Now, More Than Ever” is “iamlegend” and provides a good example of his style, with Linden Jay co-producing the cut. The drums slice through a liquid, atmospheric backdrop with the bass beats playing a strictly supporting role. It sounds moody and a little strange, which explains why they’ve been called “psychedelic hip-hop” by some, but standing out from everything else you can listen is a plus. I don’t think the label suits Meechy Darko anyway, who has one of the gruffest vocal tones and flows going today.

Zombie Juice balances his ruggedness with humorous lyrics and delivery on tracks like “Herb.” “I love pussy like Young M.A./I love weed like the S-N-double-O-P/She call me a dog, but I don’t Sweat em like Keith.” And in case you hadn’t guessed what the number one topic of “Herb” was, Juice says “Smoke a lot of reefer — think my last name is Khalifa.”

Even though the song is ostensibly about getting high, Erick offers some sage advice during his verse. “Free my sons in the clink/Life is fine, but it stinks/You’re too bold, I give hope to the blind and the meek/I get involved, any with status could fall/Don’t be consumed with the fake/instead, I’m just brushin it off.” That’s what makes the Flatbush Zombies unique — they’re an intriguing mixture of hardcore, thoughtful and unapologetically weird. In a heartbeat they can go from some “Dirty Elevator Music” with a beat that punches harder than Francis Ngannou to a spooky track where it sounds like they’re all drowning in “Quicksand.”

“My problems is real, momma, my problems is real/I tried to run from my problems until I bloodied my heels.” Released shortly after the death of George Floyd, Meechy Darko sounds painfully honest when discussing his use of recreational pharmaceuticals. “I know they say drugs kill, but so do cops — who cares?” In at least one interview he claimed his ego died the first time he tried mushrooms. I actually hope that’s not the case, because a good emcee has the confidence to say what they want in all situations, and Darko’s speaking truth to power. His unrepentant nihilism should be a reminder that countless generations have lost hope growing up in cities where to the polices black lives didn’t matter. That shit has to change.

“Now, More Than Ever” is ever-so-slightly over 20 minutes long. We can argue semantics about whether or not that makes this an EP or LP, but you can’t deny the timing for their brand of hip-hop is right now. We need rappers who aren’t afraid to be different, to speak their minds on issues, yet still have the capacity to be funny and witty and have a little fun too. The elements all mix together and coalesce into something fresh that stands out from the hordes of mumble mouthed singers. Even if they love drugs as much as their interviews might indicate, they are recording while sober, and that gives them a quality edge over so much of their competition.