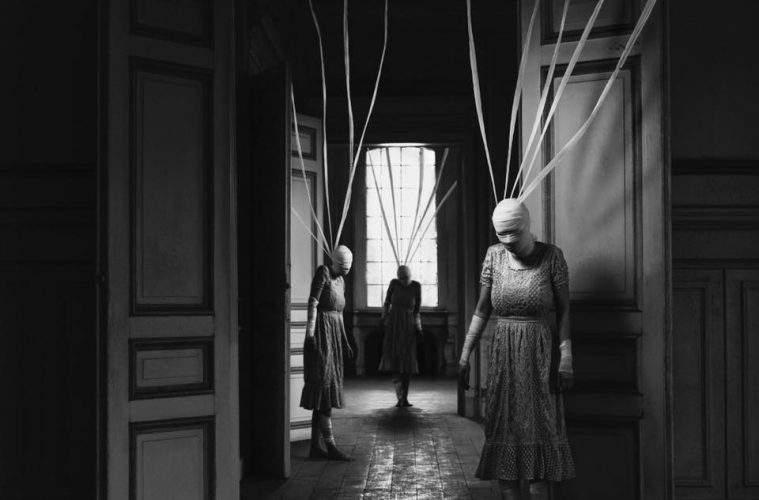 “Delirium” is defined as “a serious disturbance in mental abilities that results in confused thinking and reduced awareness of the environment.” Taking into account the coronavirus pandemic and the mandated isolation because of it, it’s easy to understand how one’s mental state can be sent into a frenzy. Like many during this uncertain time, Seattle wordsmith Sadistik has released an EP to provide a soundtrack for the secluded. But unlike many in this uncertain time, Sadistik is one to rap about what others haven’t. With this 6-track EP, he’s channeled his internal disorientation, the macabre, and the poetic into a musical blend of both method and madness.

As with his last few releases, Sadistik has left his musical backdrops in the hands of up-and-comers. The EP’s first single, “Pet Sematary”, was released in 2019. Produced by Arzon & Suni Vega, the title and lyrics reflect Sadistik’s love of horror films and capacity for making use of them as metaphors. The beat reminds of “Yokai” from his 2018 EP “Salo Sessions II”, which also had Suni Vega as that track’s producer and also made use of a Japanese Koto. The sampled dialogue at the end of the track is a great segue into “Sad the Impaler”. Created as something of a transatlantic collaboration between producers Gin$eng (from California) and Prxz (from London), the entire track sounds like a horror movie. There’s a haunting voice throughout, it’s dark, eerie, and includes appropriately chopped parts of the beat. He refers to himself as the title indicates, like a newer identity. And while hip-hop has a history of rappers crafting songs around the concept of battling parts of their identities, “Sad the Impaler” isn’t exactly that. It’s a warring dichotomy in which the bloodshed exists only in his head.

The opening of “Delirium” begins with two of the best produced tracks on the EP. The latter is “The Plague”, produced by Aloe Yoroi, Steezy Prime, & Arael. The beat shifts after the bridge with Sadistik chanting “do as thou will ’til the flowers wilt.” The very first track, “Ultra”, is the best song on the EP. It starts with some paranoid synths and a dialogue sample from the 1968 film “Night of the Living Dead”. For the past few years, I’ve heard talk that Sadistik fell off and that he doesn’t rhyme like he used to. The latter part is true, but this track shows that he hasn’t fallen off. Sadistik’s near non-stop flow and masterful use of alliterative rhymes show that he’s still hungry. The beat provided by Inochi is just as menacing with its pure head-nodding aggression:

Hellion & Cansino laced the beat for “Hell Is Where The Heart Is”, with the title a dark, yet clear twist on the old “home is where the heart is” adage. The opening piano keys remind me of the ones used for “In the End” by Linkin Park and the lyrics are his trademark elegies: All life predictably goes the way of entropy. The closer, “Aileen Wuornos”, is a good, though short, example of how Sadistik incorporates topics into his rhymes that most rappers just won’t. With somber vocals and guitar strings, he gives a brief but unflinching take on the troubled serial killer from her life to her final stop in a crucifix-like execution.

With the “Delirium” EP, Sadistik has shown that a decade-plus in the rap game hasn’t made him complacent. He stays busy and in each release, he continues to hone his skills to give listeners a fresh offering. While some of his albums have been better than others, Sad the Impaler has been sure to keep his blade sharpened each time.