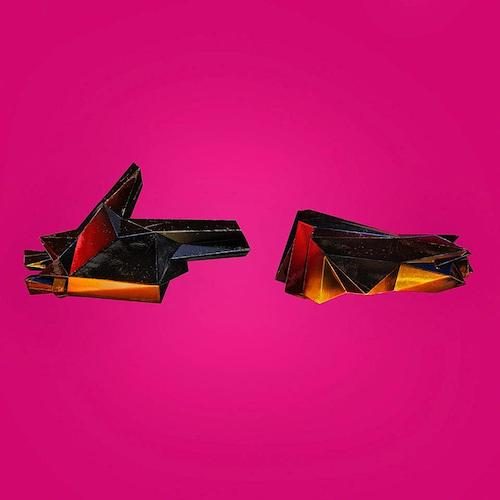 Hip-hop duo Run the Jewels are not ones to shy away from taking the uncomfortable and running with it. Whether it’s over-the-top braggadocio rhymes or socio-political commentary, the music created by the union of Killer Mike and El-P has been just as ahead of the time as it’s been a sign of it. For the past two weeks, there’s been unrest in America and around the world in the wake of the racially motivated death of George Floyd at the hands of Minneapolis police. Though 2020 has proven to be a banner year with a worldwide pandemic, celebrity deaths, massive social and economic shifts, and divisive American leadership, it was Floyd’s death that was seemingly that straw that broke the camel’s back. That said, Run the Jewels decided to release their fourth album earlier than expected and free of charge. “RTJ4” has all the trademark aggression the duo is known for with their mastery of shit-talking rhymes and social commentary over dense futuristic-sounding productions.

Even before Run the Jewels was formed, El-P was known for composing lyrics with a paranoid and dystopian bent to them. Considering the timing of this release, is 2020 the future El Producto envisioned of during his Def Jux days? Nonetheless, evolution is usually a major theme in the duo’s work and the album covers since their 2013 debut reflect this. Building on the symbolism of the cover from “Run the Jewels 3”, their signature logo, the pistol & fist gesture is now iced-out gold with a pink backdrop. Though the imagery evokes connotations of hip-hop’s pre-occupation with wealth and implies a certain newfound polish to their music, Jaime and Mike have not lost their hardcore aesthetic at all with their new album’s gems.

The album opens with its first two singles, “Yankee And The Brave (Ep. 4)” and “Ooh La La”. One thing that struck me about both songs were that their beats sound more traditionally east coast as opposed to El-P’s usual avant-garde futuristic style. In the former track, El’s cacophony is summed up in Mike’s outro: “Yankee and the brave are here / Everybody hit the deck / We don’t mean no harm / But we truly mean all the disrespect.” The East coast aspect is more apparent on the latter song, especially with cuts from DJ Premier and Greg Nice assisting on the hook. Lyrically, Mike and El blow up the mainstream’s spot and make it rain with the accompanying music video:

The production on “RTJ4” takes an electronic shift on “Out of Sight” which features 2 Chainz, who drops clever gems such as “Hello, Mr. Big Faith, the bank teller tryna get ranked / I buy a hot dog stand if I’m tryna be frank.” Under Trackstar the DJ’s cuts, the duo gets their Batman & Robin on via “Holy Calamafuck”. What’s interesting is how the song is divided into two parts, with the second part having a bouncy, trippy synth to its production for both emcees to take aim with their lyrical middle fingers. The ’80s-inspired “Goonies Vs. E.T.” is the kind of organized noise that’s reminiscent of hip-hop’s earliest block parties. “Walking in the Snow” features Gangsta Boo from Three 6 Mafia and has them attacking social issues with vitriol. Killer Mike is usually a stalwart in his condemnation of police brutality, an issue that resonates strongly with him as his own father was a police officer.

Irreverently railing against a society which they perceive as a plutocratic oligarchy has been a pervasive theme in Run the Jewels’ work. On “JU$T”, they enlist Zach De La Rocha and Pharrell Williams for their fight. Combining sparse synth vocals with a bouncy and minimalist production reminiscent of Pharrell’s own work as part of the Neptunes, El (along with multi-instrumentalist brothers Little Shalimar and Wilder Zoby as co-producers) shows the versatility his production style can take throughout. As with 2014’s “Close Your Eyes (And Count to Fuck)”, it’s De La Rocha who manages to craft a verse which outshines the rest. There’s self-reflection on “Never Look Back”, over a production which channels synth music and several of its sub-genres (including, dark synth, Outrun, 80’s retro electro, and Dreamwave).

“The Ground Below” literally rocks with its all-around head-nodding sound and “Pulling the Pin” is perhaps the darkest track. It’s gloomy and each verse has something stand-out about it, from El’s echoing vocals to Mike’s relentless flow. The ominous sound is offset by Mavis Staples’ melodic hook. The album 6-minute closer, “A Few Words For The Firing Squad (Radiation)”, has epic production that just continues to build in its urgency until the end. “RTJ4” ends with the theme for a fictionalized TV show called “Yankee And The Brave” which now gives the album a meta-contextual view from that point. Because of the themes it addresses, “RTJ4” is indeed a hip-hop album chaotically reflective of the modern times and much needed for the same reason.