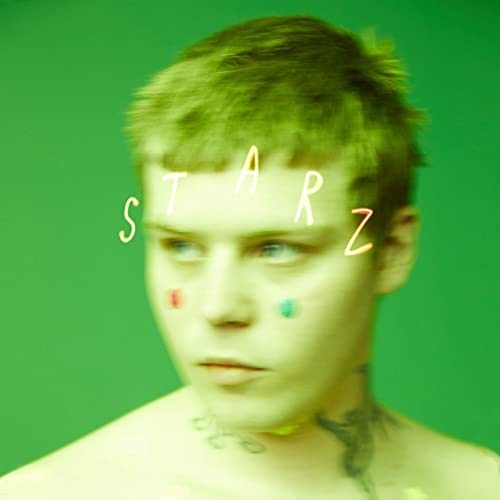 In the midst of the protests after George Floyd’s death, Swedish rapper Yung Lean surprised many people by announcing he’d put all of his streaming music revenue toward Black Lives Matter and bailout funds for protesters. It would be easy to cynically assume it’s just a PR gesture taking advantage of the situation that existed at the moment, and I won’t dissuade you if you feel that way, but the statement he released certainly didn’t make it all about him. It read like a genuine call to action.

“I have met people all over the world and I learnt that we’re all similar, until I got older and realized we’re not all treated similar. The United States Of America is a fucked up country and it’s built on blood, there is no way around it. I know my privilege and anyone who has privilege should use it to help others who don’t, because fuck the system and it’s time to break it.”

Whether or not his gesture ultimately makes a major or a minor difference in the movement, it did have the effect of making me want to take a second look at Yung Lean. I hadn’t honestly given him much thought before this summer, beyond thinking “He’s that weird kid from Sweden who raps like a wavy rapper from the U.S.” His following increased greatly in the U.S. after “Ginseng Strip 2002” and to be honest I don’t know why. The production is average, there’s a white guy with a Swedish accent wearing a Fisherman hat talking about Makaveli, whatever. I still don’t get it.

It doesn’t matter though. He quickly went mainstream after that and has at least four studio albums since, the latest of which is “Starz.” The entire thing is produced by Whitearmor, with occasional co-production by Lean and/or Yung Sherman. The video for the first single “Boylife in EU” looks like what would happen if Alice in Wonderland met Super Mario Bros. and both decided to get high on mushrooms.

“Don’t you want to see the real me?/Thrill me/Kill the real me/Thrill me/You’re by my side but are you really with me?” Hmm. Putting the lyrics aside for the moment I’m willing to say there’s something here. The production goes from spartan and airy to distorted and noisy in a way that makes it feel like industrial trap rap, and his accent plays with your expectations of what the flow should be like. This is even more evident on the next singles which are combined together into one video — “Violence” and “Pikachu.”

“Liquid knives, check the prize, live like no tomorrow/I’ma slide, let it ride, gotta change the spot though.” It’s starting to make more sense, even as the words he’s saying make less and less. This is what would’ve happened if the late Juice WRLD was born in Stockholm. The singing, the drug use, the “emo rap” trademarks are all here. Even the song names reflect the mindset. “Butterfly Paralyzed.” “Iceheart.” “Acid at 7/11.” Mr. Lean is on a constant quest to get in touch with his feelings, and the recreational pharmaceuticals and Whitearmor beats are his form of therapy to spill it all out.

“They only love you when you’re gone.” That actually sounds like what Juice WRLD would’ve said were he still here. My natural inclination is to worry about the ruination of the younger generation through their heavy drug use — and then I have to take a step back and remember I drank copious amounts of alcohol in my teens and 20’s, winding up hospitalized at least once after a really bad night in college. Did that slow me down? Hell no. I can’t look down my nose at this generation’s rappers/singers/whatevers and wag my finger at their behavior. It might be better, it might be worse, or it might be exactly the same. If they live through it so much the better. I hope they do. It’s a miracle that I did.

I have to give Yung Lean credit for a few things on “Starz.” First I have to acknowledge that this is actually an album where so many things that rap artists drop today feel like cassette maxi-singles or extended plays at best. Clocking in at almost 45 minutes total, Yung Lean is certainly giving you value for your money. I also enjoy Whitearmor’s production. At times tracks like “Dogboy” sound more like they belong in Undertale than a rap album, but I’d have no problem listening to an instrumental version that focused on his work. Last but not least I will commend Mr. Lean for admitting to and owning the privilege he has as a white European artist in an art that was created and popularized by black people in the U.S. Calling that “woke” feels like a step too far but it’s better than acting like he doesn’t benefit from those who came before him, so respect where it’s due. Ultimately I must still give a “meh” to the overall presentation, because like many of his U.S. counterparts, Yung Lean’s music relies more on style than substance. He could talk about nothing and it would sound almost exactly the same.