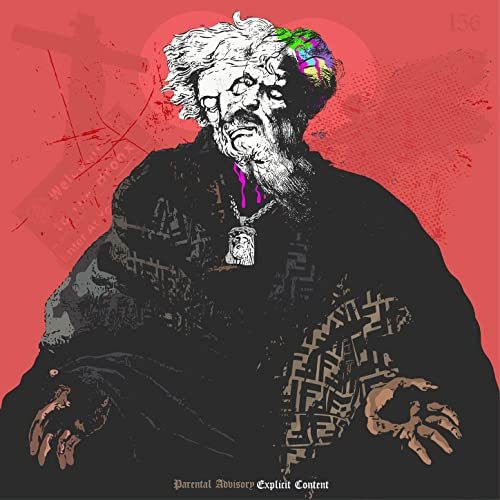 On April 23, 2020 Fred the Godson passed away from coronavirus complications at only 35 years old. Joseph Stalin is often quoted as saying “The death of one man is a tragedy. The death of millions is a statistic.” It’s hard to prove the voracity of that statement, particularly since he wouldn’t have said it in English anyway, so even if he made similar remarks the intent could easily have been lost in translation. Nevertheless in a year where over 200,000 people have died from COVID-19 in the United States alone and nearly a million worldwide, that statement has given me a very chilling perspective on humanity’s response to this pandemic. Fred the Godson’s death was a tragedy. He left a wife and two daughters behind. Unfortunately his passing is subsumed by a death toll so large that it becomes “statistics” that don’t translate into meaningful sorrow.

“Trying to avoid a gray coffin/Got gray and black, Pat Sajak, we bought a K off him.” – Fred the Godson, “Nokia”

Fred speaks to us from beyond the grave on “God Level.” Released almost a year ago in 2019, songs like “Nokia” featuring 38 Spesh and Benny The Butcher show that the Bronx born rapper had a vision that extended from his borough to Buffalo and beyond. Ever since he joined the mixtape scene in the 2010’s and got that XXL “Freshman Class” love in 2011, he was known to fans as the husky voiced rapper with playful punchlines. “I’m LeBron with the right arm, she’s Serena Williams” is how Fred introduces up-and-coming female rapper Sweetest Voice, unintentionally passing the torch to a protege who mourns his death as more than just a statistic.

He’s just as interesting on tracks by himself though. Ennio Morricone is another name we lost in 2020, and if “Retaliation” doesn’t sample “The Ecstasy of Gold” it certainly mimics it stylistically. Fred pulls off the trick of being both comical and deadly serious at the same time. “I got killers on call, pay they block/’fore I start textin’ like J.J. Watt (woo)/They get bail, I’ma pay that guap (right)/so they’ll be sittin’ next to Free like A.J., watch!” Even amongst the punchlines he pulls no punches about his goals: “Rapping like I’m trying to bring Big back.”

One might reasonably ask at this point “If Fred the Godson was XXL in 2011, why wasn’t he a worldwide star long before his untimely passing?” For better or worse the music scene shifted significantly in the last decade, and rappers who once upon a time were signed to million dollar advances found themselves hustling on the independent scene instead. “Units” wound up being measured not in physical albums sold but in digital streams played. Fred stood at the nexus of this changing landscape — an artist who became famous for his mixtapes right as people stopped buying them and went all digital. If you’re signing with a major you’re probably marketable in some way for your physical appearance and social media clout. Fred was just a hip-hop guy. He had his following, but he wasn’t drawing millions upon millions of people into his world. His was and is a cult rap fandom.

“From the streets, I grew up here (yes)/The sewer here, my souvenir.” Fred the Godson was unapologetically grimy for his entire career and “God Level” is no different. What really stings to me on the title track is when he makes a double entendre joke and proclaims that he’s “diabetic but still in them suites/sweets,” hinting at the underlying health conditions that made the coronavirus pandemic so deadly for him and so many others. Some people will say that large cities are just too crowded and that the only way to escape the next viral infection is to move far away to sparsely populated rural areas. History shows us that’s a fallacy (pandemics always find a way) but even if he could have left, there’s no chance Fred the Godson would’ve. He lived and died for The Bronx. May his memory live on in his music.