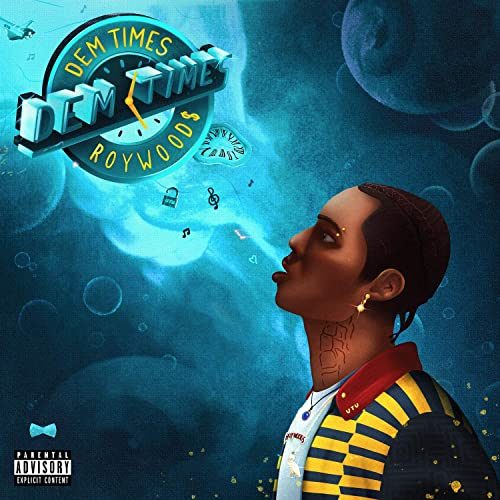 I’ve got to try to take Roy Woods seriously. Drake thought enough of the young man to sign him to his OVO imprint and release “Dem Times” through it. That can only mean one of two things — either Mr. Graham thinks he’s just found someone to carry the torch when he’s ready to pass it down, or he cynically knows that Woods has “that sound” that’s popping right now and wants to cash in. You know what that sound is before I even tell you. It’s AutoTuned. It has lots of unnecessary falsetto. It’s driven by beats and not rhymes. I certainly wouldn’t cite “Cool J” as a song showing lyrical prowess. Roy Woods is not even 1/10th of Drake on his worst day.

“I don’t buy pussy, that ain’t never been in me/How I get myself in places I don’t wanna be?/Think you want this life? Try a year of bein me/Perkies and the X work together like a team.” I think that team needs to hold a draft and recruit some better ghost writers. How did you get yourself in places you didn’t want to be? Maybe by taking Percocets and ecstasy TOGETHER. (Percocets are oxycodone.) Good luck being able to think straight, walk straight, or act right on that shit. Then again if not using sound judgment is a hallmark of rappers with this style, it’s no wonder that Roy Woods sounds like the Canadian version of Tekashi 6ix9ine.

I tried so hard to understand the appeal of Roy Woods, and I’m just going to be real with you and say for me it doesn’t exist. “Thank you for tellin me I’ll never be shit” sings Woods on “What We Did.” Bruh, I’m not a hater. I’m not telling you that you’ll never be shit, because you got signed by Drake, so you clearly are shit to him and to someone — just not me. You may be shit, but to me this is shit and I don’t mean THE shit, I mean just plain ol’ fashioned cow excrement. That’s what “Dem Times” sounds like. It sounds like the music industry excreted out a pile and somehow compressed it into a digital form. It sounds like everything you’ve heard, it expressed everything everybody else has said, and it offers nothing substantive nor transformative. Congratulations on your success Roy, and best of luck to you and Drake in your future endeavors.