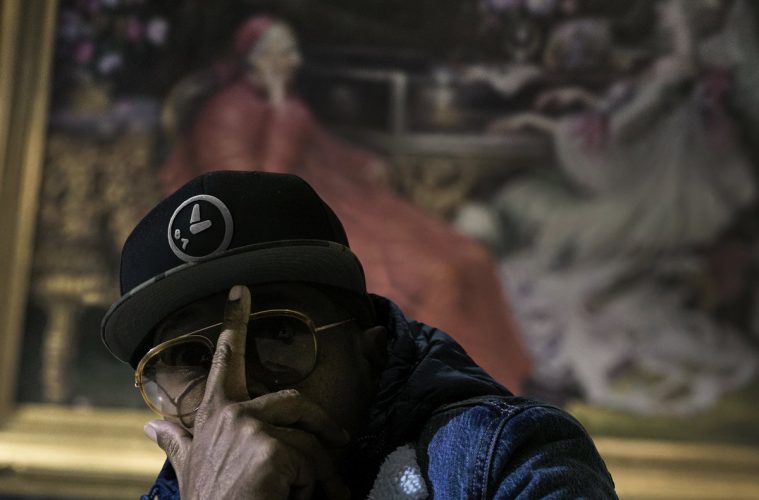 Seven Times Down, Eight Times Up

Two years ago, a Black Thought “freestyle” video went viral on social media, showcasing The Roots’ frontman’s impressive rapping ability in a pure, unfiltered format that may get overlooked on his group’s albums. Well-versed fans have known Thought has had the credentials for the coveted Best Rapper Alive title two decades earlier – there’s a reason he’s on a song called “Super Lyrical” with Big Pun. This did give Black Thought a new audience and was a reminder to many that had taken his talent for granted for many years. Similarly, Detroit’s Elzhi has found himself finally shaking off that mantra of being hip hop’s best-kept secret, landing some higher profile guest appearances on records from Ghostface Killah, Westside Gunn and Conway the Machine. It’s a markedly grittier Elzhi than a decade ago where you’d find him on tracks with Little Brother, Drake and Slum Village. “Seven Times Down, Eight Times Up” is officially his fifth studio album (if you include 2011’s “Elmatic”) and sees a continuation of the lone producer philosophy seen on “The Preface” (Black Milk), “Elmatic” (Will Sessions) and “Jericho Jackson” (Khrysis); all well-received projects. “Lead Poison” is more divisive but is possibly my favorite of the lot, feeling the most experimental and introspective. In fact, Elzhi may be the only artist to drop four albums in succession and score 9/10 or higher with RapReviews writers.

This new album is produced by Brooklyn’s JR Swiftz, perhaps not well-known to many but is responsible for Westside Gunn’s fantastically filthy “Bautista”, a beat that would be a mixtape freestyle mainstay if mixtapes, and freestyles for that matter, were the key part of the culture they were twenty years ago.

Elzhi acknowledges his own stature as a Hip Hop great, considering his position alongside The Notorious B.I.G. and Jay-Z on “Light One, Write One” but there’s a nonchalantness to any hint of braggadocio. When Jadakiss states he’s Top 5, it’s clearly delusional, yet ultimately inevitable given all rappers worth their chops should think they are the best. Elzhi, perhaps like Aceyalone or Pharoahe Monch, has a genuine argument to be in that conversation without publically declaring that’s his rightful place. He’s comparing his career to a cup that’s overflowing with bars, whilst other emcees hold empties and beg for refills from Elzhi. If you came for lyrical analogies and intricate wordplay, you’re in the right place.

“Light One Write One” is by far the best beat on the album – the type of shit that will have you dropkicking children as soon as you hit play. Sorry little Timmy! While he lights a blunt first, he writes a sharp verse and that purity runs throughout Elzhi’s work. The former Slum Village spitter possesses such an effortless fluidity that lets you enjoy a complex song at an elementary level, but when you concentrate and listen to the message, it’s packed with hidden gems. Similar to his contemporaries Eminem and Royce Da 5’9”, he’s compelled with language and you can tell he enjoys the writing process as much as the rapping. There’s clearly something in the water in Detroit and if there’s one project that could steer Eminem back into rap fans’ good books, it’s an Em x Royce x Elzhi record (call it Hell’s Eye: The Trilogy – send me the check Marshall).

Concepts and stories are trademark elements of an Elzhi record and “Seven Times Down, Eight Times Up” (let’s go with “STD, ETU” for the purpose of this review) is no different. An infatuation with opposites and paradoxes run throughout “STD, EDU” – “Earlybird Nightowl” plays on this including memorable lines such as “I’m tighter than a claustrophobic in a moshpit” or the bluntly accurate jab at rappers thinking they are “Nas when they’re really Pras from The Fugees”. As refined as the rhyming is, the hook is bad, which even as a fan I find hard to justify outside of the ultimate proof of concept – dope verses paired with terrible hook being the ultimate paradox of songwriting practice. That can’t be intentional, surely?

After the vampiric tale “She Sucks” on “Lead Poison” (which initially felt odd on a selection of deeply personal songs) Elzhi resumes his interest in horror, doubling down with both “JASON” and “THUGGed Out Zombies”. The former is a biographical reimagining of Friday the 13th (Jason is Elzhi’s real first name) full of cut-throat lyricism that aptly compares G.O.A.T-level emcees to familiar horror movie villains. The latter is more cinematic as El navigates his way through the hood, imagining fallen thugs returning to life as brain-eating zombies, which during a pandemic and thanks to all the horrifying murders being broadcast on social media, wouldn’t feel all that shocking if it were to be true.

Elzhi even channels his inner Phonte with some singing on “G.O.D.” and it’s actually pretty damn good! Discussing how people have replaced religion with other areas of worship (like sex) there’s even some Little Brother-like humor at the end. Another highlight is “Hot Winter Cold Summer” which deserves quoting:

“To you, they swear it’s voodoo in my pen once I stick it to ’em
When it’s really the Holy Ghost cleansing a wicked human
I’ll make your boys an example
My name causes noise in the chapel
Puttin’ snakes back into poisonous apples
I grind harder, the whole nine yards
Shatter your window thinkin’
Where I left your mind scarred is where you find shards
Going against a mad man, that’s a bad hand
Don’t blame me, blame the dealer who designed cards“

It plays with the very notion of having a hot verse, because it’s the same as a cold verse – you almost start to question a word’s purpose and that is Elzhi’s greatest strength. The ability to make you think and try to work out how Elzhi thinks himself. It’s also worth mentioning that Elzhi’s not got any support here from his peers, both an admirable decision and a slightly baffling one. In a year that has seen wild line-ups on Eminem, Royce Da 5’9”, RA the Rugged Man and the endless stream of Griselda records, it feels like Elzhi is the odd one out. Even Black Thought brought Pusha T and Killer Mike in for a track on his latest effort.

Amongst all the comparisons to Nas and his lofty status in lists and rankings, Elzhi has quietly assembled one of the best catalogues in hip hop history. He doesn’t really boast about being the greatest, valuing character over reputation; instead letting his music do the talking. It might take a viral video in 2020 to highlight this to a wider audience, but Elzhi may go over a lot of heads anyway. He’s a thinking man’s rapper and part of the fun is unravelling the layers and schemes that make up his rhymes. Be thankful he’s releasing music on a regular basis and appears to be enjoying himself. It might be “Seven Times Down, Eight Times Up” but it’s five times a Nine for El.