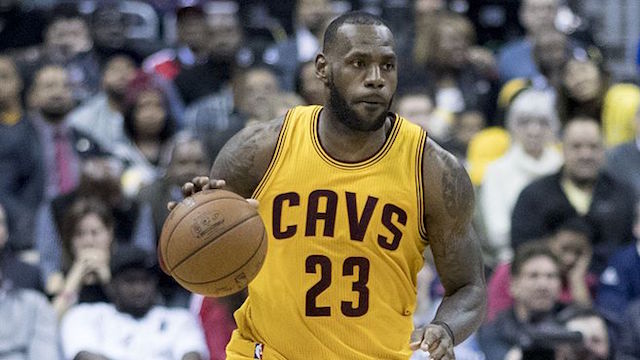 Where does LeBron rank among the all time greats?

After the Los Angeles Lakers completed their 2020 NBA journey and hoisted a world championship, people immediately began to talk about the “King.” LeBron James did something no other player in the history of the National Basketball Association has ever done before in winning a title with three different teams — the Miami Heat in 2012 and ’13, the Cleveland Cavaliers in 2016, and of course the Lakers in 2020. Surely that ranks him among the all time greats to have ever played basketball… right?

The first man “King” James automatically gets compared to is Michael Jordan. It’s inevitable given the success they’ve both had on the court, although Jordan is known for three things that the King is not. First up is the fact that LeBron has only been the scoring champion of the league once in his multiple decades in the league, and that was in 2008. Throughout his career Jordan was the scoring champion TEN times. Secondly Jordan captured his six NBA championships with a self-imposed retirement from basketball to try and become a MLB star. It didn’t pan out but it does lead one to wonder if he could have had MORE world titles without that time off. Finally there’s Jordan’s predilection for gambling. I’m not sure LeBron James nor anyone else could come close to matching Jordan in this regard, but you can always give the slot machines a try if you want a painless way to dip your toes into the gaming waters.

Of course you can’t mention the all time greats without talking about the late Kobe Bryant. He was a five time NBA champion, which puts him behind Jordan but just ahead of James. He was a four time MVP of the NBA All-Star Game, which ties him Bob Pettit for the record — and there’s a name you don’t hear often in these conversations. Kobe Bryant also had two gold medals with the United States Olympics team in 2008 and 2012, which puts a legacy stamp on his career, although Jordan is unique compared to them all in that he won a gold medal as an amateur AND as a pro as a member of the 1992 Dream Team. His desire to give back to his community and the world are tough to match and mean his loss will be mourned for a long time to come on and off the court.

For me though Earvin “Magic” Johnson always has to be in the conversation. Like Bryant he is a five time NBA champion, and he spent his entire career with the Los Angeles Lakers, which means the two probably get compared to each other more than the King gets compared to Jordan. He was a three time NBA MVP, a three time NBA Finals MVP, and he also led the league in assists four times and in steals twice. I think those are important factors in these debates — while some of the other stats you can measure are singular and pull your team along behind your greatness, Johnson’s success can be measured by what he did FOR his teammates as opposed to setting the scoring record year after year. Don’t be fooled though — on the court there was a sweet magic to his jump shot that we’ve seldom ever seen. He also has a gold medal from the aforementioned “Dream Time.”

So who’s the all time greatest in YOUR eyes? For me as good as “King” James is he’s got a lot more to accomplish before he can be truly compared to Jordan, Johnson or Bryant. There are so many other players who can also be considered among the best to ever play in the NBA — Larry Bird, Charles Barkley, Dennis Rodman, the list goes on and on. That’s the fun thing about this topic though — the debates never really end just because the season ends. Fans will continue to speculate about who is the all-time great or some would say GOAT for decades to come.