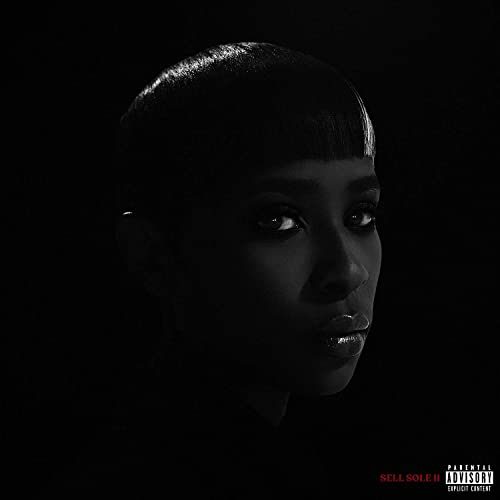 “I believe in my city, I still bet on the Pistons” – Deja Trimble

I respect that. Dej Loaf released her first album “Sell Sole” six years ago at the young age of 23, probably little expecting the degree that her musical career would take off at that point. This is a young lady who had played ball and gone to nursing school first and second, so being a rap star was fairly far down the list until she got a little buzz in the D off a mixtape and caught the attention of SAYITAINTTONE. This is all a matter of public record so I’m not telling you any secrets here, but if you’re not familiar with Deja Trimble it helps to know this was not an orchestrated success. She wasn’t picked out by a major label executive and signed for her looks (though she is fly). She wasn’t friends with a major label artist who featured her enough times on cameo to get her a deal (though she’s had her share). She was on the grind to get where she is today — nothing was handed to her by anyone. Being named an XXL Freshman wasn’t ordained — she earned it.

It’s a sign of her Michigan roots that most people’s first exposure to her was on the Shady Records track “Detroit vs. Everybody,” and on “Sell Sole II” that D love is still in effect when Big Sean appears on “IDK,” while 42 Dugg and Sada Baby appear on “Tap In.” Some people talk about putting on for their city, but Dej Loaf has the kind of loyalty to Motown that most other rappers (male or female) aspire to have for their hometown. That doesn’t mean she isn’t willing to bridge gaps to other area codes though. “Get Money” featuring Boldy James, Conway The Machine and Benny The Butcher will quickly become a favorite for listeners of her new album. I know it’s one of mine.

Now that I’ve given you the 411 it’s time to tell you something you wouldn’t know if you’ve never heard Dej Loaf before and/or didn’t play the clips embedded into this review — she’s what would happen if you put Nicki Minaj, T-Pain and Future into a blender and hit “puree.” It’s not that the resulting taste is bad, it’s just that it’s very familiar and slightly saccharine. I give her props for doing the AutoTune croon just as well or better than most dudes who try to do it, and on occasion you can actually hear her spitting fire as opposed to letting a modulator do it for her. It comes across in sporadic bursts you could miss if you’re not paying close attention. “Choose” is where it shines the most as she lets her storytelling take the spotlight, ripping pages straight from her life in a clearly painful way.

“Asking me what I’ve been through
They can’t see my scars
Was feeling locked, wasn’t behind no bars
You tell me that you’d never leave me
Supposed to be my king, be your Nefertiti
What you got warrants? And I got needs
I had to have a one-on-one with him, Lord please
Me and my sister sister needed our father, just like Tim Reid
If the family come together, we can do our damn thing
Mm, we could all ball together, we could win a damn ring”

Over the 52 minutes of “Sell Sole II” it’s hard not to like Dej Loaf, even if at times you wish she’d push the envelope instead of being mailed to the masses comfortably inside it. I don’t want to mistake her for a R&B star crossing over to rap on songs like “Back to My Ways Again,” even if it’s a perfectly fine track. I need more things like “Open Hand” featuring Rick Ross that push her out of her comfort zone, knowing that her co-star has a dominating voice, so she dominates right back by declaring “these other niggaz (are) trash” and given an “open hand slap” to the whole rap game.

That version of Deja Trimble could change the game in a major way, but even when she does things in a more minor key, “Sell Sole II” won’t leave you dissatisfied. Occasionally it leaves you underwhelmed and yearning for more, but that still counts as a positive, because so many other rappers wind up doing more and leaving you wanting a whole lot less.