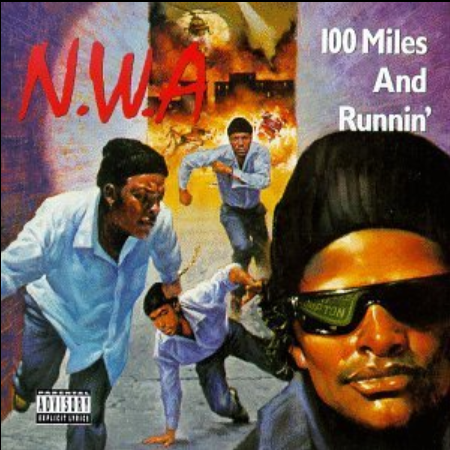 “Fuck the motherfuckin police; they don’t want peace
They want a nigga deceased so he’ll cease to be a problem
And by the way they perform
It seems the Klan gave the white police another uniform” – Dr. Dre

A summer of outrage over police brutality has only served to remind me that the more things change, the more they stay the same. Before CNN, before the internet, N.W.A was telling America “Fuck Tha Police” (and they said with authority) because of the daily harassment they experienced coming “Straight Outta Compton.” Their experience was not unique to a young black man then or now, but what WAS new was that rap music allowed their message to find millions of white kids, and suddenly white America was SCURRED. The response hasn’t changed either. Instead of trying to address the systemic racism that informs the culture of law enforcement or reform it, cultural conservatives called for a ban on N.W.A from coast to coast and tried any legal or illegal tactic to enforce it.

The departure of O’Shea “Ice Cube” Jackson came closer to putting an end to “The World’s Most Dangerous Group” than all of the attempts to censor it. Labeling their records as obscene only made them more popular. Arresting them for performing their music only made them counter-cultural icons. The louder the critics complained, the more they amplified N.W.A’s message. Jackson was the architect of that message though, something that was openly admitted to in bars like “Ice Cube writes the rhymes that I say” from Eric “Eazy-E” Wright. When Jackson had his fill of being overworked and underpaid, he went solo and drew the ire of the remaining crew. Their response on the “100 Miles and Runnin’” EP was to brand him a traitor. “We started out with too much cargo/so I’m glad we got rid of Benedict Arnold.”

Ironically their attempts to dismiss Ice Cube had the exact the same effect their critics had on them — it amplified his message. To this day “No Vaseline” still holds a place in history as one of the most scathing response records in a diss war of all time — a flaming inferno of Molotov cocktails compared to the handful of firecrackers N.W.A threw his way. It was a fight they shouldn’t have started knowing damn well they couldn’t win, but you don’t always get to be “The World’s Most Dangerous Group” by making the right choices. “100 Miles and Runnin’” falls into a weird place in their history between two of the most important rap albums of all time. While a pornographic song like “Just Don’t Bite It” is mildly entertaining, it sounded less like N.W.A and more like a dirty tale straight outta 2 Live Crew.

Ironically not only does the album advertised as the successor to this EP in “Kamurshol” outshine this release, so too does MC Ren’s sequel to this song with “She Swallowed It.” Part two took the concept further by sampling from the original, cranking up the sexcapades way past 11, and using a much harder and funkier beat to illuminate his lyrics. Lorenzo may have come (cum?) to regret both tracks once he went solo himself, but it seems clear on this release they were looking for him to become a bigger star in Cube’s absence. It’s on the EP’s title track where Ren shines the brightest.

The individual moments are good, but the results feels more like an appetizer than the full course meal N.W.A’s fans were hungry for. The title track, “Sa Prize (Part 2)” and “Real Niggaz” are all worth owning “100 Miles and Runnin’” for, but the latter song was recycled on “Efil4Zaggin” which makes purchasing the EP harder to justify if you already own that album. Looked at from the perspective of the consumer though it only gets worse. Due to N.W.A’s controversial reputation, most stores at the time charged the same price as a full length CD for this EP, meaning you could spend anywhere for $15-$20 in 1990 dollars for only 23 minutes of music — actually less than 20 once you take out the “Kamurshol” and the skits.

Subtract “Real Niggaz” and you’d be paying $20 for three original songs — one of which was a sequel to a song that was much better, the other of which was a prequel to a song that was much better. It doesn’t add up then or now. From a historical perspective the “100 Miles and Runnin’” EP is an important part of N.W.A history, but in its own time it was only a reminder that they hadn’t stopped being angry at racism and police corruption. That anger has continued to boil over again and again for 30 years but little has changed save for Ren and Dre getting a few more gray hairs. Sadly Eric isn’t still around to get them as well, so whenever someone brings up the idea of a N.W.A. reunion now that Cube is on speaking terms with everyone again, I have to feel it would turn out like this EP — less than what we all wanted.