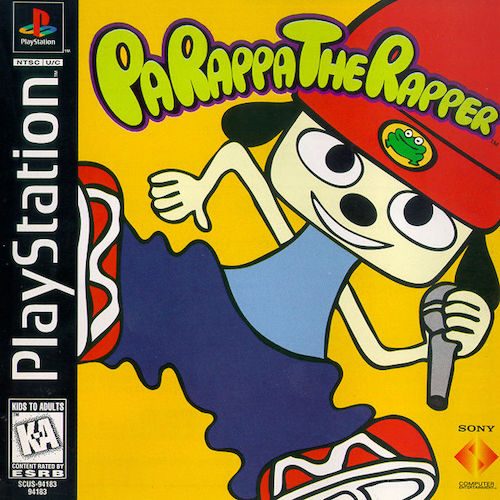 My college years were a tumultuous time filled with insecurity, depression, anxiety and drinking. Heavy drinking. Hmm. Maybe the depression and the anxiety had something to do with that. When I wasn’t trying to self medicate my problems away and could actually feel good for a little bit, I’d turn to video games. As luck would have it the only two college roommates who I ever really got along with were heavy gamers themselves, so one split a Sega Genesis with me 50/50, and the other let me use his PlayStation so much that when he got kicked out of school for not keeping his GPA above the minimum I wound up buying one of my own. I suppose in hindsight I should give myself SOME credit. I drank too much and cared about myself too little, but I still managed to pass my classes and graduate with a degree.

Back to that roommate with a PlayStation though — his obsession was Tomb Raider, mine was Final Fantasy VII, and after he left I needed something NOT either of those two games to play. Too bad sbobet wasn’t around back then. Even though what we consider to be the world wide web was just barely established at that point, there were enough resources between the internet and video game magazines to make me aware of PaRappa the Rapper. To say I was going to buy this game on day one is an understatement. I had played a lot of games in my life up until that point, but most attempts to interject hip-hop music and culture into them ranged from cheesy to awkward. I was looking for something that could successfully bridge the gap and although a rhythm based game with a Japanese anime aesthetic seems like a weird choice to do it, it WORKS. In fact it works astonishingly well.

“Kick, punch, it’s all in the mind”. Indeed. Our hero PaRappa the Rapper is much like I was at the time — awkward around women, obsessed with hip-hop, and sorely in need of some confidence. After realizing he doesn’t have what it takes to impress Sunny, the girl he’s smitten with, he goes to Chop Chop Master Onion to learn kung-fu so he can be brave and heroic. In the process Master Onion not only teaches PaRappa his moves, he teaches him how to “kick to the limit in order to get her” by flowing like a true emcee. Well — a true emcee in this game’s limited sense. Since it’s a rhythm game the only “freestyling” you can do is between the notes you are supposed to hit by pressing the right button at the right time, but it’s incredibly addictive to try and draw outside the lines while still achieving your goals.

All of the raps in PaRappa the Rapper were written by lead designer Masaya Matsuura, but it does without saying that he didn’t RAP all of them. For the North American release PaRappa was voiced by Dred Foxx. Despite his legendary performance in this game he had a rather sordid history in the 2010’s that’s too long to go into here. The second best performance of the soundtrack goes to Lenky Don for portraying the reggae stylings of master salesman Prince Fleaswallow. Flowing to music composed by Matsuura and Yoshihisa Suzuki, the riddims not only pass for reggae influenced hip-hop (or vice versa) but are actually good enough to jam to OUTSIDE the game.

Unfortunately not every performance on this soundtrack is up to the standard set by the game’s first three stages. Even though “Cheap Cheap the Cooking Chicken” has a great instrumental, Michelle Burks (who also voiced Sunny’s friend Katy) is clearly not an emcee. Her awkward, stilted delivery is actually befitting of the fact she’s supposed to be the host of a TV cooking show and not an actual rapper, but that doesn’t make it any less painful to hear her rap “crack crack crack the egg into the bowl” over and over — especially if you fuck up and have to start the stage from scratch.

If you survived PaRappa the Rapper up until this point it will suddenly dawn on you how short both the game and the soundtrack are. The fifth stage is a “boss rush” featuring everyone you learned your mic and life skills from in the first four levels, battling them for the right to use the bathroom. Wait, what? Okay. It’s a Japanese video game with its own unique sense of humor, so you have to adapt and roll with scenarios like this as they come. If you survive this you get to put on a concert for Sunny and all of your friends hosted by MC King Kong (Richard Bush). PaRappa’s motto throughout the game is “I gotta believe!” and that informs this old school inspired rap song as well.

It has been almost a quarter of a century now since this game’s release, but coming at such a critical juncture in my life, the rhythm based rap format was so revelatory to me that the simple verses these cartoon characters were spitting got burned into my brain. It’s funny if you read the comments section on YouTube, as the upvoted responses are usually things like “He’s rapping better than most of today’s emcees.” Like any sick burn there’s at least an element of truth hidden deep beneath the flames. The raps are by necessity kept simplistic so that you can do call-and-response with your controller, mimicking their “funky flow” with precise timing, but the fact of the matter is that it IS a rap flow with a coherent structure, rhymes that are on time and a clear delivery. Compared to a mumble mouth emcee on codeine and AutoTune, it’s far more identifiable as hip-hop music.

I’m not suggesting that you should rip the audio from a copy of PaRappa the Rapper and play it at high volume in a residential neighborhood, but I will say that it’s telling when a video game made in Japan in the 1990’s has a better understanding of “rap” than a lot of so-called rappers who just sing. At the end of the day the lyrics are not going to blow your mind, but the production on the tracks isn’t just above average — it’s really damn good. The beats help carry even this game’s most basic rhymes to a level they couldn’t have otherwise reached. Subsequent remakes of this game managed to ruin its charm by introducing lag, which is absolutely killer in any rhythm and timing based game, but if you can play the original PaRappa the Rapper on an authentic PlayStation, PS2 or 3 you won’t regret it. Hopefully the PS5 coming out this year will have the “full backward compatibility” that’s been teased, because I’ll happily beat this game again.

EDITOR’S NOTE: Sadly it does not — it’s only backward compatible with PlayStation 4 games. Oh well.