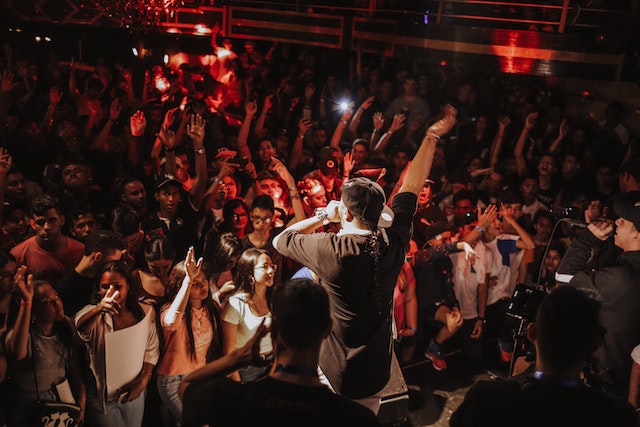 Hip Hop and Drugs: How Is the Music Industry Affecting Teens?

Every generation has a unique taste in music. Listening to it plays a key role in communication, expression, and learning. But, did you know it could also serve as a bad influence? Recently, there has been a lot of negativity towards hip hop and drugs. And there is a good reason why.

Rap and hip-hop music account for 21.7% of the total music consumption in the U.S. That’s over 50% more than the interest rates registered in R&B or Country music. So, it is normal for the genre to have a massive influence on today’s youth.

But why is that a problem? We decided to take a closer look at the destructive and negative themes covered in this type of music and the effect they can have on students.

The Effects of Rap Music on Students

>> Teens who constantly watch videos with drugs, violence, and sex, depicted in “gangsta” rap, are very likely to get inspired to do these actions in real life.

Hip Hop’s influence on youth is much bigger than you think. Studies show that frequently watching such content can have a drastic impact on people’s physical and emotional health.

Because of social media and the latest music platforms, artists have an even bigger opportunity to spread their influence. Fans get their songs for free. However, very few people realize the psychological and physical effects of rap music. Countless rap songs talk about:

Most of which glorify marijuana use. A school’s primary goal should be to protect students from bad influences and provide them with adequate material that will help them learn about the possible consequences of marijuana abuse. That’s why teachers tend to assign essays or a paper on drugs and are choosing catchy marijuana essay topics as an assignment. Reading free essay samples on marijuana can give students inspiration on the topics they can cover.

According to experts, adolescents and children usually spend 2.5h listening to their favorite music. But, their listening habits tend to increase with age.

Also, students see the best artists as role models. Therefore, anything that’s related to violence, suicide, drugs, alcohol, or sex, that glamorizes this way of life only inspires students to do the same. This is something students can use as a sample in their essays.

How Are Drugs Portrayed in Hip-Hop Music?

Violence and drugs are nothing new. Artists, especially in rap and hip hop, have always been keen on mentioning them in their lyrics.

Based on reports from the Drug Foundation, just 4 out of 38 popular songs in the late 70s mentioned drugs. However, by the late 80s, the incidence rate went up by 19%. In the 90s, it was almost 70%. But, the real impact is not in the beat but the content.

Rappers are constantly promoting their journeys with drugs and illegal activities. The first lyrics came with Marijuana use, which still remains popular today. Recently, particularly in the 2010s, the attention was turned to highly more addictive substances like lean and Xanax.

It is no wonder why so many teachers are asking for essays on this topic. With enough research and proper examples of what drugs can do to someone’s body, it can help people stay away from products such as these. Also, reading essay samples on this topic may come in handy.

How Does Rap Music Affect Your Mood?

Based on clinical studies, the negative effects of hip hop and rap are relatively easy to recognize. Reports show that the positive association with drug abuse, violence, and aggression, is only causing more aggressive behaviors. It creates a ripple effect.

Scientists believe that students’ aggressive behaviors and substance abuse could be linked to their constant exposure to this genre. Although every individual is different, having been influenced by negative behaviors could reflect on people’s lifestyle choices.

Everyone could interpret the influence of hip hop in a different way. Fans will say it is catchy, fun, and resonates with the young population. Others will see the music titles as a serious repercussion on people’s health. But, the truth is, adolescents are a vulnerable age group. They are still developing, and it is very easy to model and reshape their behaviors. With a better, more positive influence, they will be able to overcome these challenges.