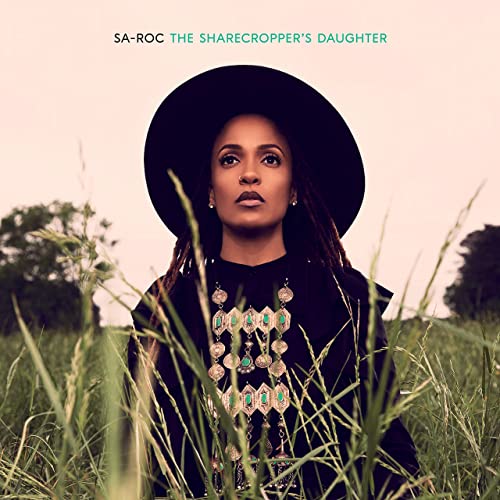 Rhymesayers Entertainment is not usually the first label that comes to mind when the word “controversial” comes up, but 2020 will be remembered long after it has gone for being a year where everything we thought we knew was different or wrong from our preconceptions. To list the entire litany of accusations against them would be longer than this review but this article is a good place to get up to speed. In case that link breaks now or in the future here’s a quick summary — former Rhymesayers artist Psalm One accused the label of grooming groupies, promoting white artists at the expense of those of color, and creating a “boys club” where misogyny and homophobia were the norm. Initially the accusations didn’t get the attention they merited, but after #SpeakingOut spread through multiple forms of entertainment (movies, music, etc.) the renewed allegations saw Rhymesayers cut ties with Prof and deM atlaS in an attempt to clean house.

Much as I would have liked to review Sa-Roc’s new album “The Sharecropper’s Daughter” without ever addressing the topic, it would be a disservice not to give this album its proper context. It comes at a time when having had their public image tarnished, and at a time when they would clearly benefit from sidelining the white men on their label to promote a black woman instead. Without Psalm One’s presence, Sa-Roc was the “ready to go” choice, having the lyrical skill and formidable personality to be in the spotlight, even if she was only the second women to sign with the label. In other words, Assata Perkins was the right choice because she was the ONLY choice. That leaves her in the unfortunate place of appearing to be a PR move instead of the fully fleshed out creative soul that she is.

The first time I heard “Lay It Down” I was immediately struck by the use of Danielle Licari’s “Concerto Pour Une Voix.” Although it was never released as a single, Wyclef Jean’s “Apocalypse” from “The Carnival” rocked the exact same sample, and the operatic backdrop has haunted my mind ever since. The production here makes it obvious that the source is the same but in classic Missy Elliott fashion she puts that thang down, flips it and reverses it. “I ain’t never had no diamond rings or the finger things but I’m still rocking my crown” declares Roc with unapologetic confidence. “Getting freedom from these bars like JoAnne Chesimard/Trying to sing unburied like I’m Jesmyn Ward.” Those are heavy references to unpack but as tracks like “Goddess Gang” show she’s not about to come light in any respect.

“I can’t reveal my sources/might be a real rap sorceress” quips Sa-Roc, noting she’s “been through too much” and she’s “too grown to play around witch’all.” Who wants her to play? Grown up rap is just what we need. There’s too much playing as it is. If she’s inviting us to join her gang, I’ll get my Metro Transit pass renewed and head to wherever she be at. She’s not just asserting the confidence of a woman who has more to offer rap than her ass-ets though — she’s shaming the USA for their broken promises the same way Rhymesayers was shamed in 2020. “Tell the sound man get the levels up/it’s 40 and a mule, it’s time to settle up/I ain’t in a mood for the small talk.” That suits me fine.

If it weren’t for the strength of Sa-Roc’s flow and the conviction of her writtens “The Sharecropper’s Daughter” would be overshadowed by the problems of her imprint. Thankfully you won’t have to think twice about appreciating tracks like “The Black Renaissance” featuring Black Thought. He’s equal to how forceful she is and arguably ups the ante. “Dear white people I am not your negro/Yeah black people, y’all just got your hero/All these rap demons I’m about to Deebo.” Were it not for Tiny Lister’s unfortunate passing last week that punchline might not have been out of the norm, but it doesn’t take anything away from the high energy that Roc and Thought impart over the punchy piano and drum track. “The atom splitter, dark matter, enigmatic figure” is how Sa-Roc characterizes herself as she and Thought trade bars in the final verse and it’s incredibly apt.

There’s so much to like on Sa-Roc’s album that it’s a challenge to just pick apart individual tracks. Her delivery on the bass driven “Gold Leaf” pours over the instrumental like thick maple syrup, hypnotizing your ears as she spills from one bar to the next. The quiet storm R&B of “Something Real” is immediately up-ended by her Lady of Rage-esque bravado: “I’m not your typical rap chick, I’m pick of the litter.” Her “more widely known for my hippocampus than my hips or thighs” stance lets you know that she too won’t be defined by anything but her skills. If the “r(e)volution” will be televised, there’s no doubt Sa-Roc will be the one who hijacks the broadcast to do it.

It’s a relief to conclude a review of “The Sharecropper’s Daughter” by saying that Sa-Roc transcends the negativity that has encircled the Twin Cities rap scene. She may even be the figure that it needs to have it be reborn in a new decade with a completely fresh image. That’s an awful lot of weight to put on any man/woman/person’s shoulders, but she’s strong enough to handle it (R.I.P. Guru). It sucks that she’ll be called “the new Psalm One” for no good reason by some, when there’s no doubt that Assata Perkins is more than just the second woman on the label — she’s a fierce rapper who will take no shit from anyone, anywhere at any time.