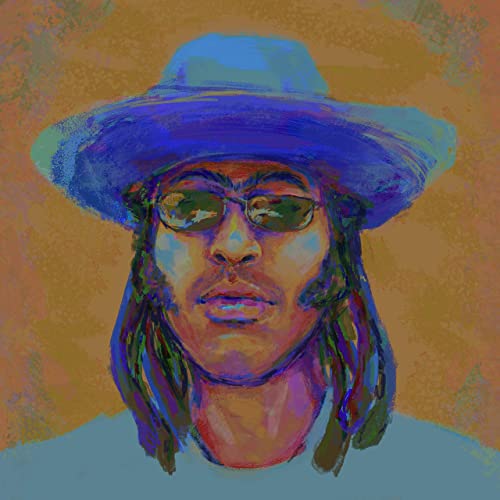 “Wake up and smell the muffins”

Let’s cut right to the chase here — R.A.P. Ferreira is a weird dude. This is an emcee who previously went by both milo (all lower caps when you spell the man’s name) and Scallops Hotel. It’s actually more fitting that he’s going by his real name now and that the initials of Rory Allen Philip just happen to spell the word RAP. He was literally born to be an artist, but he’s by no means what you’d expect from the South Side of Chicago. Then again he doesn’t necessarily claim it just by virtue of having sprung into existence there. He went to high school and college in Wisconsin and he currently lives in Maine. That’s another thing about R.A.P. Ferreira that defies expectations. You’d think after forming friendships with eclectic rappers like Busdriver and Open Mike Eagle he would have moved to Los Angeles to further his career. Nope! R.A.P. Ferreira does things his own way.

R.A.P. Ferreira is so set on doing things his own way that albums like “Bob’s Son” are released on his own label, Ruby Yacht, which he runs out of the record store he owns and operates. Add one more thing to my “to do” list for when the pandemic is over. I love independent mom and pop record stores, the ones that are literally overflowing with bins of actual vinyl records, with large concert posters on the walls and sticks of incense in a jar on the counter next to fliers and free promotional CDs. There’s a pleasantly dusty, coffee, weed-soaked smell to such places. Music feels like a living, breathing entity in such stores. It wraps around you like a warm embrace. It leads to lively conversations with clerks and patrons about your favorite artists. It’s like R.A.P. Ferreira says on “sips of ripple wine” — it’s like “listening to jazz with all these important things going on/my soul demanding a cave of its own.” I bet that’s what his store is like — a soul cave.

Calling R.A.P. Ferreira a “rapper” is a reductive exercise. He calls himself one and he can certainly flow like one, but listening to him reminds me more of Saul Williams and less of Shawn Carter. Songs like “high rise in newark” are stream-of-consciousness in their presentation, spilling over self-produced beats that change to fit the bars, but none of it is as random as it seems. There are carefully curated thoughts within the metaphors and rhymes. There’s a rejection of the very pop culture he reluctantly resides within. “I don’t think I’ll be watching Dancing With the Stars this evening/I think I’ll be watching the stars this evening.”

“Bob’s Son” makes me feel 25 years younger listening to it. It takes me back to a time when I was endlessly curious about what hip-hop music was, is and COULD be. Analog, digital, gangster, Afrocentric, West coast, East coast, Dirty South, France, Japan, United Kingdom, hippie, acid trippy, blues, funk, R&B, turntablist, conscious, anti-establishment, beatbox, ANYTHING. When I was young rap had no boundaries and it seemed endless. It still is but it takes albums like this to remind me that labels are what we give things that don’t necessarily have them — it’s what we give them to classify things so that we can comprehend them in our own limited way. If you expect R.A.P. Ferreira to fit neatly into any category you can label then “Bob’s Son” is not the album for you.