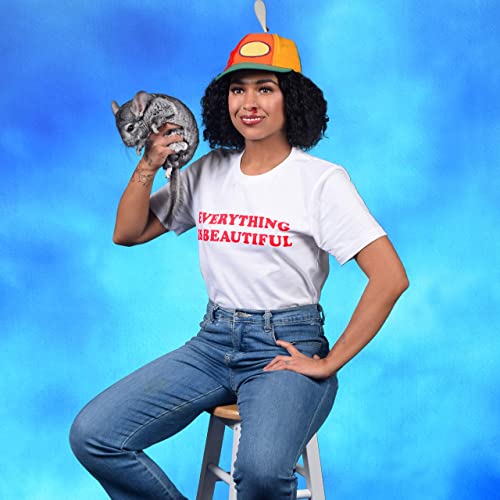 Princess Nokia :: Everything Is Beautiful

One of the biggest differences between this album and “Everything Sucks” is the use of live instrumentation. Where “Everything Sucks” relies mostly on rowdy trap beats, “Everything Is Beautiful” is more subtle and pretty. Opener “Green Eggs and Ham” features hand clap beats, piano, and 80s funk guitar. “Sugar Honey Ice Tea (S.H.I.T.)” and “Wavy” also have a funk bounce to them. “Happy Place” is built around a pretty piano melody. “Wash & Sets,” ” I Am Free” and “Hearts” all have dreamy synths reminiscent of a video game. “The Conclusion” and “Blessings” are both built around guitar riffs. The production is much more colorful and musical than the more monochromatic “Everything Sucks.”

Nokia also gets to flex her rapping and singing chops on this album. Many of the songs see her singing her rhymes, showing that she can sing as well as she can spit bars, and she can do both at the same time. Lyrically, “Everything Is Beautiful” is more hopeful and celebratory than “Everything Sucks,” but in no way is Nokia going soft. “Green Eggs and Ham” may be a pretty pop ditty, but she’s still rapping “Fuck these cops.”

Princess Nokia is quick to talk about her the traumas she went through as a child: her mom died of AIDS when she was little, and she spent her teen years in foster care, sometimes in abusive situations. However, “Everything Is Beautiful” is not about letting those traumas define her, it is about her celebrating becoming the person she is. She isn’t wallowing in the darker corners of her past, she’s acknowledging how far she’s come and how much she’s grown. For that reason “Everything Is Beautiful” was one of the albums that helped me get through 2020. It is all about being joyful despite it all, and choosing to push forward instead of collapsing under the weight of everything going on.