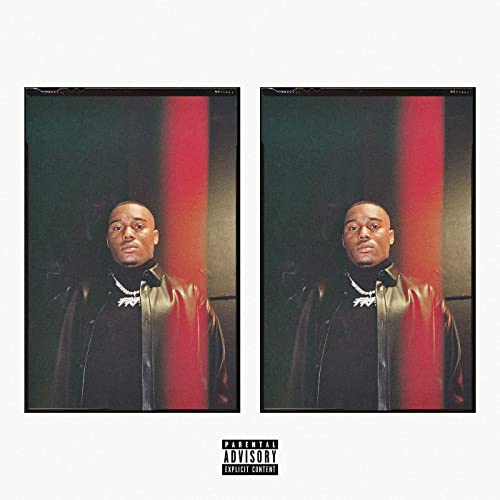 What I know of Kalan.FrFr as a person inclines me to give “TwoFr 2” a fair shot. In an interview with XXL, Kalan said that he went to college to get a degree specifically so he could work with special needs children, based on growing up with an older cousin he describes as “my best friend” who gave him a lot of insight into their challenges. He wants to use the profits of any success he has in the music industry to build a school and a care facility. Now if you are the cynical type (I can be at times) you might think this is all a PR campaign by Roc Nation precisely designed to make us think of Kalan more favorably. I’m going to reserve judgment on that and for now I’ll take what he said to XXL at face value.

So far as I can tell “Scoring” was the first single off “TwoFr 2.” The video dropped in August of last year and racked up almost two million views before the album it’s from dropped March 2021. The bass hits so big I’d swear it was a Rick Rock track, but it’s actually BankRoll Got It & Zay Garcon. The short track is drawn out at the end by a section that’s slowwwwed down like a DJ Screw track, which was a unexpected nice touch. The lyrics however are nothing to write home about.

The casual disregard for women beyond their ability to suck and fuck isn’t unprecedented in music (and certainly not limited to rap songs) but the tiresome lyrics are also tuned and crooned. This means that despite having an interesting life story I could get behind, Kalan.FrFr sounds just like every other rapper who heard T-Pain or Lil Wayne and decided that was their ticket to fame. Somehow even the samples on “Look At Me” sound pitch corrected, wavering in and out as much as the vocals he’s delivering. “Remember all the things they said about me? Remember how they doubted me?” It’s a song celebrating all of his success, and congratulations to him on that, but the Maybach and all that ice he brags about could build those schools he wants to instead of making him a target for chain snatchers.

This is one of those cases where I clearly need to separate the man from his rap moniker, because Kalan.FrFr’s persona on “TwoFr 2” has nothing to do with the college graduate who wants to give back to his community. We get occasional glimpses of his true heart on songs like “Never Lose You,” a track where he admits he gets “in my feelings” whenever he looks at his girl, so at least he knows a relationship beyond sexual gratification is possible. More often than not though he’s just portraying all of the tropes you’d expect from any singing rapper whose vocals are this heavily modulated.

I’m going to give Kalan.FrFr credit for a few things on “TwoFr 2” besides slickly produced tracks. The album is ACTUALLY the length an album should be, with over two-thirds of the tracks being longer than three minutes. My man. Thank you for that. I’m so tired of “albums” that are over in less time than it takes to prepare dinner for two from scratch (even if you cheat by microwaving some frozen vegetables). I also get the feeling that deep down inside himself Kalan has something profound to say, but feels that albums like “TwoFr 2” are a necessity to build up a fan base first. Unfortunately given that he’s committed to the cliches for the time being I just can’t stay that interested in his product. I’d be more interested in him rapping (or if he must singing) about his actual life story, his special needs cousin, and his goals for the future. There’s a million songs about drip and whips already and “TwoFr 2” just adds a few more to the pile.