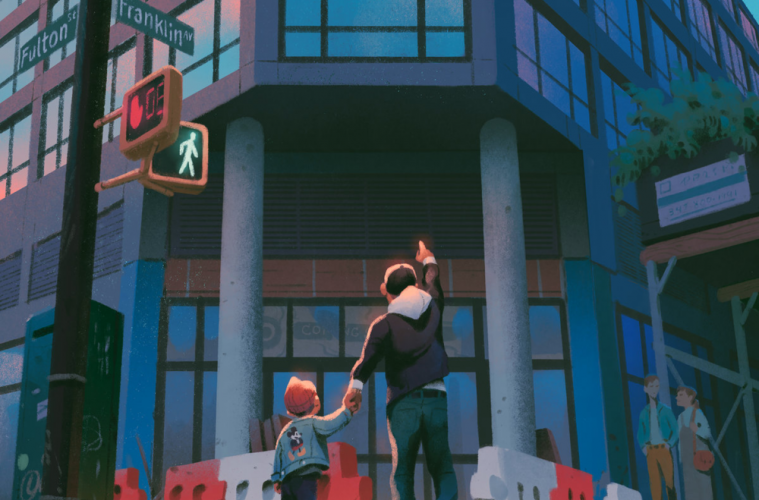 Skyzoo :: All the Brilliant Things

There’s plentiful nostalgia and warm sentiment toward 90s rappers yet no artist actually captures that comforting familiarity of classic hip hop better than Skyzoo. A conversational style that blesses straightforward beats. There’s nothing spectacular about him but there doesn’t need to be – it’s effortless. This puts him in the same bracket as Masta Ace as far as quietly getting on with the music. There’s no drama, no beef, and no bad records in his locker. Last year’s “Milestones” was a brilliant 7-track EP that left me wanting more, and so now we have 2021’s “All the Brilliant Things”, the Brooklyn emcee’s first LP since 2019’s “Retropolitan” with Pete Rock.

There’s a traditional feel to his albums, and this new one continues to build on Skyzoo’s penchant for lowkey horns and thigh-slapping kick drums. While many rappers tweak their style to deviate towards a current trend, the 38-year-old sounds as unique as he ever has by sticking to his brand of casual storytelling.

If “Free Jewelry” taught me anything (other than the American spelling) it’s that even a classic Slum Village track like “Fall in Love” can be flipped into a head-snapping album starter. The metaphor is perfect for an album that emphasises the humanity and community a Hip-Hop record would possess if it never went mainstream. He’s handing out jewels, but it’s knowledge, and still highly valuable.

BJ the Chicago Kid lends “Bodega Flowers” some soul to proceedings, a track all about telling people they are great while they are still alive. Give people their flowers. Skyzoo deserves his and understands that if he died tomorrow, he’d be worshipped as a New York great but as he’s alive, we take him for granted. This consideration of his legacy is a theme that runs through songs like “I Was Supposed To Be A Trap Rapper”.

The best track is “Bed-Stuy is Burning” with its jazzy horns and unique message, informing listeners that New York City’s cultural heritage and its gentrification of the heart of the city, should be a warning to all other cities. There’s a sadness to the way iconic cities around the world (including the likes of London and Paris) are losing their cultural richness in favour of financial richness. This emphasis on the preservation of black culture runs throughout the production, with pianos and saxophones punctuating songs like “Tour of the Neighborhood” and “Humble Brag”.

Most emcees wax lyrical about their earlier years, often fabricating the exciting or dangerous parts for added effect. Skyzoo has a knack for telling the whole story and his strength is in the detail. He’s less concerned with the foreground, which many rappers are; Skyzoo builds the background and tells the story of the onlooker, the worker, or the curious child. This was a strength of “Music For My Friends” in particular and it’s a key feature of every project he releases. He’s not boasting about crimes he may or may not have committed and that honesty comes through in his raps. Even though dude has been around for over fifteen years, it’s still kinda refreshing.

While Skyzoo is well-regarded by most, it’s worth noting that with no significant guest raps, his style can threaten to wear the listener down across nearly an hour of rhyming. That’s my main criticism of Skyzoo in general, there is plenty of emotion behind the rhymes but with rare inflection or changes in vocal tone, there’s little emotion in the delivery. It’s a laid-back, monotone style that many enjoy, but I think it’s also what restricts this record from becoming truly great.

“Solid” and “reliable” aren’t really terms you associate with one of the best emcees of the last decade, but that’s exactly what Skyzoo is. In a world overrun with too many artists making too much music, a Skyzoo record continues to excite fans because you know what you’ll get. It’s never less than ‘Good’ (or a 7/10). That does mean there are fewer risks in Skyzoo’s music, and that’s probably why he’s often overlooked when people discuss the great emcees, but there’s something great about an artist never dropping the ball. Consistency is its own form of greatness, particularly when so few rappers can achieve it over a prolonged period.