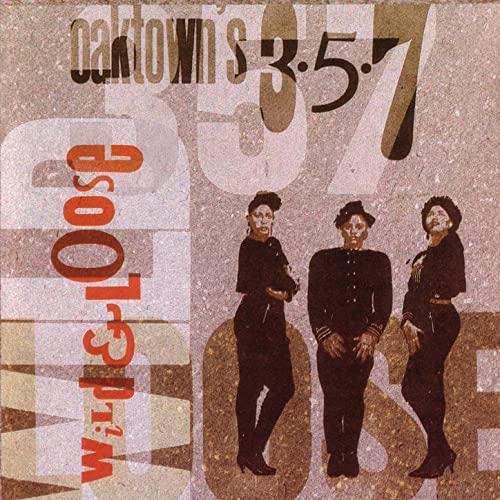 “Juicy Gotcha Krazy” is definitive proof that using clean language is not the same as making a clean song. My most vivid memory of this phenomenon growing up was the Prince song “Darling Nikki.” Prince had a lot of hit songs on FM radio at the time and the album “Purple Rain” was available pretty much everywhere you could shop for goods back then. As a Prince fan I bought the album at either Target or Walmart and was (pleasantly) surprised when I suddenly heard Prince say “I met her in the hotel lobby, masturbating to a magazine.” This was before parental advisory stickers existed, but thanks to the frenzy whipped up by Tipper Gore because of this song, future editions would carry a warning about explicit content. I can only imagine the heart attack she would have had about the ladies of Oaktown’s 357 rapping lines like “I know I got him so I work at keeping him fit/Like a horse when I ride, he knows where I sit.”

Between the remix for the music video and the original version found on Oaktown’s “Wild & Loose” I prefer the original track, but the lyrics are the same either way. Who are the ladies of 357 though, and for what reason is their “Juicy” making everyone crazy? Well their names are Sweet L.D. (Suhayla Sabir), Lil P (Phyllis Charles), and Terrible T (Tabatha Zee King-Brooks), and they were a crew put together by M.C. Hammer to be stars on his Bust It Records label. Looking back you might assume that was how he spent all of the millions he made from “Please Hammer Don’t Hurt ‘Em,” but you’d be WRONG. Oaktown’s 357 debut album came out in March 1989, and his platinum selling album came out almost a full year later. “U Can’t Touch This” didn’t even chart as a single until April 1990.

In fact three singles were released from “Wild & Loose” long before the general public outside of the Bay Area knew who Stanley Kirk Burrell is. VH1’s Behind the Music magnified the story of M.C. Hammer going bankrupt, but Oaktown’s 357 wasn’t one of the reasons he blew 20 million. The truth is that Hammer was already a regional success before he hit it big in the mainstream, and given the size and population of the Bay Area, he could have banked off that even if he never crossed over. He certainly had the money to represent his beloved Oakland by making a rap group and promoting them as Oaktown’s own. Make no mistake that they are entirely his creation — he chose them, he wrote their songs, and he co-produced all of “Wild & Loose” with James Earley. His thumbprint is all over it.

Given the squeaky clean imagine that Hammer would (initially) try to cultivate on a national level, Oaktown’s 357 are an intriguing mix of his refusal to curse (they won’t even say the word “shit” during “We Like It”) but willingness to promote their sex appeal. “I Betcha Wanna Take It” never had a chance to drop as a single, but it’s hard to miss what men want to “take” from them. “Here we go again, it’s the same old plan/Like them girls once said, I’ll take yo’ man/But I don’t really want him cause the boy is whack/Try to give him to me and I’ll give him right back.” The ladies of Oaktown’s 357 don’t want no scrubs.

Did Hammer’s plan work? Kind of. “Yeah, Yeah, Yeah” peaked at No. 9 on the Billboard Rap Charts. “Wild & Loose” peaked at No. 23 in the Top R&B Albums, and at No. 126 in the top 200 albums from Billboard respectively. Hammer undoubtedly made money from their modest success, the kind that would keep his own forward momentum going, but if his plan was for them to be the stars while he played the background role it could only be described as a failure. Their simplistic rhymes were easily overshadowed by female contemporaries like MC Lyte, Queen Latifah and Roxanne Shante, and mixing sexual topics with clean language made them corny compared to 2 Live Crew or Too $hort. The fact they gained any traction at all should in hindsight be considered either a miracle, a testament to Mr. Burrell’s marketing genius, or both.

Ultimately the lack of depth on “Wild & Loose” reflects an equal lack of depth on his own “Let’s Get It Started” a year earlier. “3-5-7 Straight At You” has the most ironic line of the whole album: “Rapping ain’t your job — you think it is, but it ain’t.” I’d like to believe these ladies were more than a gimmick made by Hammer, but a second album following Hammer’s rise to super stardom flopped harder than their first, and we never heard from Oaktown’s 357 again. I think if they were serious rappers with their own ambitions for success they would have found a place for themselves other than being his opening act on tour, but they never tried and I don’t believe anybody regrets that they didn’t… except me. There won’t ever be enough interest in Oaktown’s 357 for them to get their own Behind the Music because they never got big enough to warrant it, but I hope all three had a successful, fulfilling life long after their time in Hammer’s shadow faded.