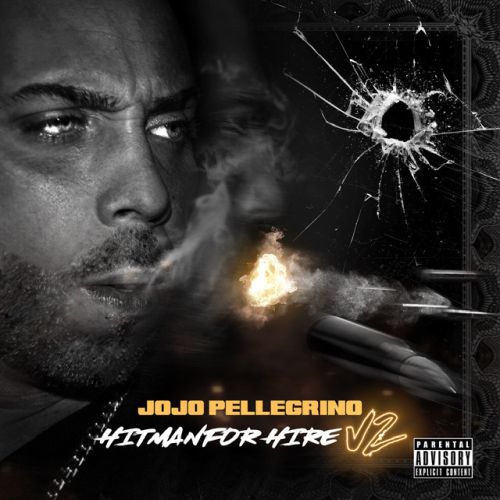 With the buzz around the release of Grand Theft Auto – The Trilogy: The Definitive Edition, there’s been a lot of nostalgia for not just the games themselves but the music featured in their respective radio stations. Hip-hop was represented in Grand Theft Auto 3 by Game FM, a curated selection of New York underground in 2001, and surely helped Royce Da 5’9’’’s career in the process. While Royce went on to become a true great of the culture, there’s an interesting smattering of lesser-known names, namely one Jojo Pellegrino.

His sixty-second freestyle fit the dreary, cold and wet aesthetic of Liberty City where it was always dangerous. The visuals playing out actually matched the threats and posturing of the raps, more so than any actual rap video at the time. The Firm’s Nature similarly dropped a memorable freestyle and then remained on the mixtape circuit in subsequent years, but Jojo Pellegrino is a name that I feel is still widely respected by those in the know. He’ll go silent for years, then kill a verse on an RA the Rugged Man track. His career is populated with dope verses scattered across mixtapes and other artists’ albums. There’s no real starting point for Jojo Pellegrino that you could definitively say “Jojo’s nice, check out [insert album name]”, mostly because there are no albums!

Having run with Violator at the start of the millennium, the Kay Slay mixtape “Hitman for Hire” emerged in 2004 essentially putting the Staten Island emcee in the shop window for record labels. That sentiment of Jojo Pellegrino (JJP) operating as a mercenary, releasing music as and when he pleases may not be entirely true, but does somehow add to the intrigue and reputation of an emcee whose only album listed on Discogs.com is a selection of freestyles. He raps and that’s all you need to know. “Hitman for Hire V2” is a collection of recent material from JJP that caught me off guard thanks to the fact he hasn’t lost a step. If anything, he sounds BETTER in 2021.

Granted, this is littered with collaborations and verses rather than actual complete songs, and there’s no real connection between the tracks. It would actually sound even better if a DJ was blending this all together. The reason JJP commands respect is largely down to his personality – his performances are injected with the type of energy and passion that a lot of emcees have shied away from in favor of cocky laidbackness.

“Flojo” is satisfying if an uninspired cover of Fat Joe classic “Flow Joe” that packs a punch. This is in-your-face rhyming and the self-awareness of “Spiked Bat” as statements such as “you screw your face up when I rap” acknowledge the strengths of a JJP performance whilst simultaneously operating within the limitations of dropping countless threats of microphone superiority. It worked for Rakim 30+ years ago, and JJP’s track “Fiend” from the second Violator compilation acknowledges that influence, but you do start to wonder whether this reliance on freestyle and rocking familiar beats has hindered his career as an artist.

As an unofficial Wu-Tang affiliate, thanks in part to growing up with Shyheim and being from the Shaolin Island, the track “Let Me Know” acknowledges this while “3 Kings” outright celebrates the fact placing JJP alongside Ghostface Killah and Raekwon. The beat, however, is the star of the show, and the way JJP kicks a sixteen and promptly passes the mic confirms he may have been better suited to a group setting. Going toe to toe with some of the elite emcees of the moment isn’t a problem – he blows Conway away on “Shootaz” with the way he rides the drums and the line “I don’t write names on bullets, I put To Whom It May Concern” made me laugh out loud.

Wu-Tang fans are treated to Carlton Fisk on “One Shot” who reels off some serial killer thoughts he’s had, before outright murdering “Rocket Launcha”. If there’s an underrated Wu-Tang affiliate (not named Killa Sin), it’s Carlton Fisk. Contrarily, Shyheim rocks “1a” with a scruffy verse over a tough beat and the rest of the album does suffer from some guests not quite up to JJP’s level. The one exception is “Nightmares” which veers in the other direction entirely, offering up a vocalist on the hook and feels like a fully-fledged song.

JJP has a ton of personality excelling where some of his counterpart’s material can threaten to wear thin. That Italian heritage and authentic New York accent certainly lend his music a listenable, impassioned style. The song “Threats” with RJ Payne analogizes Jojo Pellegrino perfectly, because Payne has the same aggression and ‘short burst rhyme style’ as Jojo, but is a superior writer thanks to his years in the battle rap scene. Without that wit and sharpness of pen, Jojo Pellegrino is restricted by leaning too far into freestyles and hot 16s, which is why when a song like “Nightmares” pops up it is equal parts enjoyable and frustrating. Much of your enjoyment of Jojo Pellegrino is accepting that if you just want some screwface rap of little substance, there’s few better. I’d still love to see a producer get their claws into Jojo Pellegrino – the obvious answer would be Apollo Brown. Or align his talents with a Verbal Kent-like rhyme animal. He’s a talent that deserves at least one album that distills his attributes down to their purest, and most deadly form. Grand Theft Auto 3 was a moment and it’s a piece of art that is showing its age twenty years later. Jojo Pellegrino hasn’t – if anything he’s better than he’s ever been. It’s just the game itself has changed.