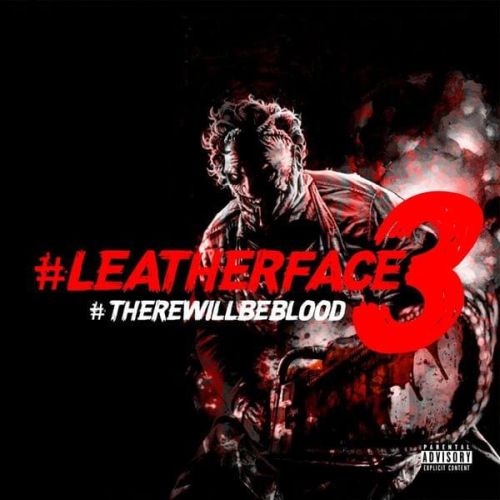 RJ Payne is rightly respected as one of the nicest emcees in the game, thanks to a truly vicious battle rap style that is part Big L, part Jojo Pellegrino. The way he stacks and structures his bars is like Ransom, with a hefty injection of Ankhlejohn. I’ll readily admit how lazy it is to describe a rapper as sounding like others, but these are all exceptional emcees so the important thing to take away here is that he’s FIRE. He’ll tear your ass up like a cheese wire thong. The fact it’s taken this long to cover an RJ Payne record is unforgivable, so let’s recap.

Formerly known as Reign Man nearly two decades ago, RJ Payne won a recording contract with Def Jam that never ended up materializing. Politics and label woes followed and Reign Man sharpened his pen game by focusing on the battle rap scene in Philadelphia, building a reputation as a vicious lyricist. In 2015, Reign Man released music under his real name RJ Payne and has infiltrated the underground with some impressive guest features that turned many heads perhaps not familiar with his battle rap background. A series of EPs and mixtapes, namely the Leatherface series, have enabled Payne to build a fanbase that sits snugly alongside the Griselda movement.

“Leatherface 3” is, shock horror, the third installment of a mixtape series that uses the famous killer from The Texas Chainsaw Massacre as an avatar for Payne. I’m guessing he has some sort of licensing agreement in place, but it suits the pure vitriolic nature of an RJ Payne performance. Compared to previous entries, and previous releases in general, “Leatherface 3” ups the ante in terms of guest features. There’s a Redman co-sign from the off on “BLOOD EVERYWHERE” (yes the song titles are all capitalized) and a slew of collaborations with a who’s who of certified rhyme animals.

Battle rappers have historically struggled to transition to albums and RJ Payne has managed to avoid this by simply leaning right into the battle rap style, instead of trying to apply that style to something more accessible. Inevitably, it makes for some impressive moments but can get repetitive. The beats here are all minimalist horrorcore, not dissimilar to Daringer’s work, and ultimately means the light is firmly shining on the bars.

The main criticism of RJ Payne (that’s not his fault at all) is that his whole schtick is similar to Ransom’s – another emcee that has experienced a renaissance of sorts. Their track “THERE WILL BE BLOOD” is like two lions closing in on their kill – Payne’s intensity like the younger sibling stepping in to finish the prey off. You don’t really need both emcees on the track as it’s overkill.

Production on “KANE VS. UNDERTAKER” suffers from a poor mix – some breeds of dog can’t even pick this one up. It’s promptly drowned out by the Shyheim track “ANARCHY” that’s at least two times louder. And this shit is FIRE with all caps. Jojo Pellegrino continues his strong year with a standout appearance here too – it’s one of the best tracks for sure.

There’s an oddly suspect Havoc production on “INFAMOUS PAYNE” that sounds more like a bad Alchemist beat than anything. The production throughout serves its purpose but is where the record falls short of greatness. The CARTUNE BEATZ-backed “NO MERCY” has an ominous piano loop that embraces the brash energy of the emcees, namely the ever-reliable Inspectah Deck and it’s these more energetic instrumentals that have the replay value. Before you can catch your breath you’ve got Apathy and Ras Kass going all out on “3 HEADED DRAGON” with some filthy imagery woven through their tongue-twisting verses. You can tell they knew an RJ Payne collaboration was to be taken seriously.

This is the type of record a rap aficionado will appreciate, potentially admire. Like Jojo Pellegrino’s “Hitman for Hire V2”, you’re not getting anything other than a bunch of rhymes over a bunch of beats. It’s a mixtape and the mere glimpse of a DJ on “Dead Serious” (sorry, “DEAD SERIOUS”) is both refreshing and a taste of what a legit RJ Payne album could offer. If you’re after well-written rhymes that lean heavily on the violent imagery, there aren’t many better rappers than RJ Payne. His experience at writing and stretching the very limits of the English language is on full display and it’s difficult not to acknowledge an emcee rapping as if his life depends on it.

There are no chicks on hooks here, much to Leatherface’s chagrin.