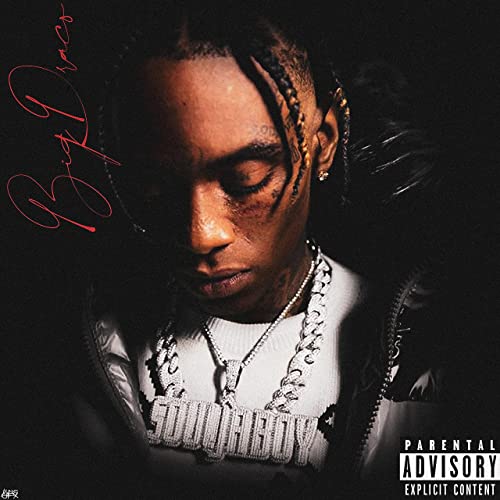 Why is Soulja Boy beefing with Bow Wow again, and why do I care?

I know these two were squabbing back in 2009, but they released a mixtape together in 2016 so I thought their issues were settled. Apparently not. The key to Soulja Boy has always been getting his name in the spotlight, even if it’s for the wrong reasons, just so people will hopefully listen to his music. I’m going to assume that’s the whole reason the beef is on again on “Big Draco.” He’s hoping Bow Wow fires back and a prolonged public feud gets them both trending on social media. Even when he doesn’t have somebody specific to beef with, he uses songs like “I’m Back” to beef with everyone.

“Nigga dissin on my name
Pussy nigga, is you serious?
Monkey ass nigga, call you George cause you curious
Bitch, you suckin dick if you on yo’ period”

SB doesn’t even need real enemies — fictitious ones will do just fine. That’s actually better as too many real beefs lead to affiliates of either rapper firing shots at the other side, leading to too many rap tragedies to even name them all. It doesn’t even matter who he’s talking about on “Trappin So Hard” featuring Desiigner when he says “I’ll pull a nigga card/Smoke on the internet ’til I’m in yo’ yard.” Just assume everybody is out to get you and be prepared to retaliate at all times. That’s the Soulja way.

I wish I could tell you that Soulja Boy’s paranoia, anger and promises to let bullets spray make “Big Draco” a compelling album. “More clips than a movie, sub machine guns and uzis” he promises on the track above, but it’s not anything we haven’t already heard from Draco on literally dozens of albums and mixtapes before. The closest we come to something new on this release is “10 Girls in the Lobby” featuring Omarion, but somehow Soulja made the decision to AutoTune his vocals and sing more than a guest star who can do it naturally. I can’t even fathom the thought process on that one.

Real talk for a second — I know people enjoy clowning Mr. Way for all of the mistakes he has made. He tried to sell a bootleg clone console from China with his name slapped on it while claiming he was running his own tech company. He tried to claim he bought Atari when at best they simply offered him shares of their crypto currency in exchange for some promotion. Every time he got called out on these mistakes he would double down and yell profanities at people on Instagram. If you run a drama channel on YouTube and you want traffic and viewers, Soulja is your Boy. I don’t and I’m not vested in talking shit on him nor getting a response. I just want him to make good music. That’s it.

Sadly songs like “I Was the First Rapper” are not what I’m looking for. He claims a lot of “firsts” on the track, a few of which could arguably be true, a lot of which are a big stretch, but they’re all pitch modulated and set to a generic beat that’s just there. So here are the positives about “Big Draco” for the record — it sounds better than “Swag 3” and at times I get the feeling he actually wants what I want, which is for him to put out good music for his fans. Unfortunately I think at this point in his career he has fans for all of the wrong reasons. People like Soulja Boy’s drama. People like seeing his name in the news. People like him beefing with other people. I don’t think there are very many people who care about the music he makes, it’s just ancillary to his success. As a result if he puts in the bare minimum of effort it’s good enough for his audience, and that’s exactly what this is.