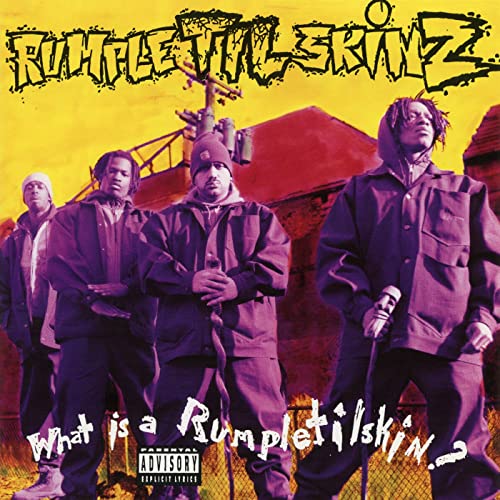 I have an unapologetic fondness for obscure rap albums. Whether they’re slept on gems or forgotten for a good reason, I enjoy the deep dives just as much as the heralded hip-hop classics. “What Is a Rumpletilskin?” by The Rumpletilskinz stood a better chance of success than most of the oceanic releases I seek out. Various members of the group appeared on both Leaders of the New School albums, and Sha-Now a/k/a the Remedy Man caught my attention in the process as a charismatic and skilled emcee. Someone at RCA Records clearly saw their potential too and signed the group to a deal, which led to the single “Attitudes” getting radio play and some MTV exposure. The song’s hook had to be censored quite a bit to achieve that feat (“My attitude is fucked up, and real shitty!”) but it worked.

Speaking of the depths of early 1990’s rap, it’s amazing that someone found and uploaded the video for their second single “Is It Alright?” I don’t remember any exposure for this one whatsoever, but it reportedly achieved the same heights as “Attitudes,” reaching No. 24 on Billboard’s Hot Rap Singles chart. As with most of their songs, Sha-Now’s delivery is a stand out on the cut, which reminds me that back then I suspected he’d go solo the same way Busta Rhymes did with L.O.N.S. Obviously that never happened.

In fact for all intents and purposes The Rumpletilskins ceased to exist after “What Is a Rumpletilskin?” flopped. Despite having the marketing muscle of RCA behind them and two singles that were modestly successful, the album did double wood in sales and the group disbanded. It’s not clear what went wrong here. It certainly wasn’t R.P.M.’s production for a majority of the album. From the Onyx-esque “Mad M.F.’s” to the head nodding “Hi Volume,” these were definitely songs to bump in a residential neighborhood.

The group’s members all took a turn behind the boards. Jeranimo had the grimy piano sound down on “I-N-I.” The song’s name makes me think a “Fakin’ Jax” remix from Pete Rock featuring Rumpletilskinz could have been mad ill. Capitol L.S. also hooks the Skinz up lovely on “Earthquake,” and the best of all may have been the capital letter named E on “Sweet Therapy.” While no single track goes down as an all time legend, none of them are poorly produced or mastered either. There’s a through line of quality to the album from the beginning to the end I credit to R.P.M.’s musical oversight.

In the end I can only conclude that LS, R.P.M., Sha-Now and Jeranimo were beset by the same problem in ’93 that rap is still dealing with 30 years later — an overcrowded market that generates few stars because it’s so hard to shine. Just being signed to RCA Records wasn’t enough, and it doesn’t seem like RCA pushed them that hard either. The fact we got two singles at all from “What Is a Rumpletilskin?” feels like the minimum effort to adhere to the terms of whatever contract the group signed. Did they get sent out on promotional tours? Were they doing interviews with Fab 5 Freddy or Dr. Dre and Ed Lover? Did they get magazine spreads? Not that I recall. The Rumpletilskinz may therefore be one of the most ironically named rap groups of all time. The imp of lore will give up his claim to a first born child if someone can guess his incredibly unlikely and absurd name, and it’s more likely you remember the Brothers Grimm fairy tale than this group.