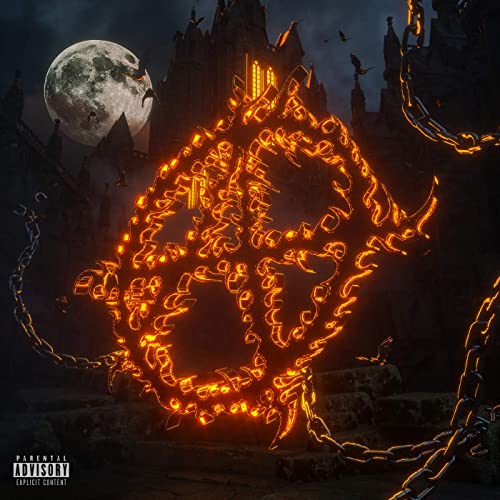 “They say fake it ’til you make it”

Lil Tracy (p/k/a Yung Bruh) isn’t faking it. He’s a bonafide rap star, even if he isn’t “rapping” by the definition I knew growing up. He’s a modern era rapper who sings his way through his bars and lets AutoTune and studio wizardry do the rest. Singles like “Beautiful Nightmare” from “Anarchy” are entirely indistinguishable from a dozen similarly styled artists — Travis Scott, Lil Yachty, Young Thug and the like.

Tracy even manages to evoke the emo hallmarks of the genre’s late greats like Juice WRLD on the song “Rich Dropout” with lines like “I know that life is unfair/you have to die for them to care.” It’s remarkable that so many acts like Tracy can brag about how baller they are then sing “Don’t ever act like you know me/Even if you did, baby that was the old me/Cut my hair, change my clothes/I pray the lord, take my soul.” The sentiment doesn’t even last one whole song though as on “Halo” he immediately reverses direction and quips “I get paid every time I step outside/Money doesn’t make you happy, I thought that was a lie/until I got big bucks.” It’s a roller coaster of emotions and Tracy is taking us for a ride.

“Say all you want, I don’t give a fuck.” That’s good given how many times he contradicts himself in under a half hour. At least he’s good enough to acknowledge who put him in this position “I love my fans, without my fans, I wouldn’t be shit.” He also throws a shoutout to the late Lil Peep in “I Love My Fans” which I appreciate given how much the two worked together.

So you might be asking why I’m talking about “Anarchy” now in 2022. I’ll give you two reasons — he hasn’t released a full album since “Designer Talk” in late 2020, and given the wild swings of his emotional state from song to song (or even within a single song) I’m wondering if he isn’t suffering from some COVID-related depression, not to mention seeing so many of his peers pass away so young. That’s what frustrates me about the medicinal tuned up wavy rap set more than anything — not their sound, but their entirely self-destructive lifestyle. Nobody talks openly or honestly about mental health, and everybody just keeps popping pills and drinking syrup until it leads to seizures, heart attacks, overdoses and fatalities. I’m not the biggest fan of Tracy’s music but I genuinely hope he’s doing well and comes back with more songs for his fans soon.