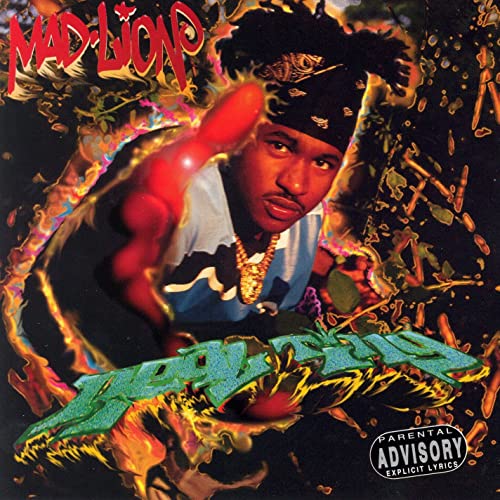 The words “Mad Lion, hold tight!” are permanently stuck in my head.

KRS-One spoke the words, DJ Premier scratched the words, and the posse song “1, 2 Pass It” is the reason I’ll never forget those words. Who is Mad Lion though? I could simply recite a list of facts from Wikipedia which may or may not be accurately resourced — real name this, birth date that, records released X, Y, and Z. Instead I’d rather start with an equally memorable introduction to a song: “Sound bwoy, dere’s no need to worry, as long as I got my nine!” Lion’s 1993 single “Shoot to Kill” rocks the same Willie Williams sample as KRS-One’s “Black Cop” and is structured almost the exact same way. If you had any doubt as to their friendship from the sample on “1, 2 Pass It” then you didn’t hear him say “BDP and Mad Lion combined” or “Don’t haf ti worry, KRS-One, he have my back” on this song. That recycled sample is no coincidence.

This then is the tragedy of Mad Lion’s career. For the London born and Brooklyn bred Oswald Priest, linking up with Boogie Down Productions must have seemed like a dream come true for breaking big in both rap and reggae. After all KRS-One had never hidden his love for reggae. BDP sampled the classic breaks and KRS used the patois chattah of sound clash deejays throughout their catalogue. This should have elevated Mad Lion to an instant level of mainstream success, and for a brief period of time it did… but it should have done more for Jamal-Ski too. Ahhh. That’s the problem.

You see both Mad Lion and Jamal-Ski were caught in the crossfire from the dissolution of Boogie Down Productions. It’s hard to say who fared better of the two. Jamal-Ski disappeared for a long time but then resurrected his career on his own in the 2000’s. Mad Lion’s friendship with KRS-One and his recognizable roughneck growl continued as he recorded songs and cameos throughout the 90’s, but he hasn’t been seen since 2000. This is the age old argument about whether it’s better to burn brighter and die out faster or to burn slowly but last a really long time. Either way both of these artists deserved better than to pin their hopes to BDP considering that crew was no longer going to be their muscle for promoting and touring. KRS-One had always been BDP’s chief and most popular act, but when he officially went solo it wasn’t like BDP continued without him. If they did no one knew it.

For that brief period of time when the weight of BDP’s fall hadn’t drug him down, Mad Lion was the “Real Ting” in every way. There was arguably no hotter place for him to be than Nervous Records at the time, right when Black Moon and Smif-N-Wessun epitomized grimy underground hip-hop, and he sounded incredible motivated by it too. “I’m on the same label as Buckshot Shorty” he proudly proclaims on “Bad Luck,” a song in which he’s rapping more than he is chatting, and the track features an introduction by (guess who) KRS-One.

“This is that hard, hard, HARRRRDCORE” quips KRS. He’s right. You can also hear and see him in the video for “Take It Easy,” which to me is so evocative you can smell the blunt smoke in the air just listening to it. Perhaps that only works if you were the right age at the right time for this album, but to hear him say “Too many suckers and not enough time/to buck up all of dem with one clip from mi nine” takes me RIGHT BACK the way few tracks can. You can call it reggae if you want to. Maybe it is technically speaking? But thanks to his association with so many powerful figures in rap at the time, this was rap music to me and it still is.

“Dis is not a game like Nintendo.” Mad Lion’s damn right. When he tells all the sucker deejays to “Stop Dat Shit” on the finale of “Real Ting” I was right there with him. They spend more of the song smoking weed and arguing about lighters not working, then pretend it was all being recorded by accident, but it was no accident and neither is this album. Haters may not dig this kind of crossover music or Mad Lion’s raspy growl and thick accent, but I have a crate full of Nervous Records singles and you best believe there’s NUFF Mad Lion in the mix. I freely admit that for me the appeal of Mad Lion has more to do with the sound. He’s not a lyrical prophet at all. One could even argue he’s a street thug whose only interests are getting high, getting some trim, and burying more sound bwoys than Tek & Steele. You know what? That works for me. I wish he was still around today.