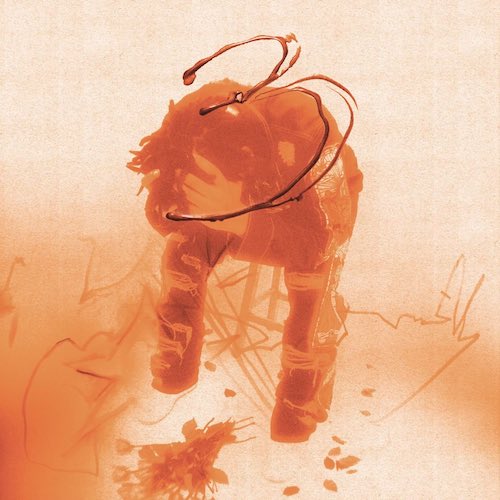 A$AP Ant has been a featured member of A$AP Mob dating back at least a decade, yet he nearly left the collective in 2019 out of a stated desire to focus on his solo career. That decision was short lived as he was back with the Mob a few months later and there clearly aren’t any hard feelings over his short departure. It’s evident from the featured single off “Lil Black Jean Jacket 3” in case you had any doubt — Ant and the Mob’s top star A$AP Rocky tag team the music and visuals for “The God Hour.”

One of Ant’s musical partners here is Spizzledoe, who co-produced the lead single with Mannyvelli and gets named checked on the aptly titled “Spizzle Go Crazy” freestyle. The reverberating bass hits and eerie sounds suit the deep voiced Ant perfectly. “I need more water cause I’m dehydrated off the lean/Conceal the smell, we gotta hide it in some coffee beans/This is Spizzle beat, you thought it was SparkHeem.”

There’s a remarkable consistency to the sound on Ant’s album despite so many different chefs serving up the beats. One track alone features three different producers — Akachi, Sonickaboom & Okami all lace “Chavez vs Whitaker.” Even the bars here have multiple contributors as OhGeesy steps in as a guest star, although what you end up remembering is a sample that sounds like the open to “Bad and Boujee” (It’s even mentioned in the lyrics) and the repeated refrain “I got {something} here.” Insert drugs, pills, hoes, clothes where {something} is. Any vice or floss can be dropped in.

This is a good segue to talking about A$AP Ant as an artist, and with no malice like Clipse it’s fair to say there’s a reason he hasn’t reached the popularity of Ferg or Rocky. The majority of songs on “Lil Black Jean Jacket 3” feature guest stars for one reason — Ant doesn’t really step up and grab you by the ears. He’s not a bad rapper. He’s not a great rapper. He’s just a member of the Mob that’s slightly better known than some others. His personality seems tailor made to be a supporting act. Tracks like “Thuggin’ Immortal” suit him well as a result. The mellow Zeke instrumental sets him up to split the spotlight with A$AP Twelvvy and Lil 2 Dow, although his long opening verse still makes him the featured act.

When he’s left entirely on his own on songs like “Nudes” it feels like he runs out of things to say. “High off of pills, I’m really for real.” You’re in the Mob bro, I could have guessed that. Ever since their inception they’ve been known for sipping as much (or more) sizzurp than Three 6 Mafia. Even a song title like “3AM in New Orleans” tells you what level Ant and his cohorts are on. There’s only one reason you’re up that late in N.O. — you already know. Curren$y is the guest star (naturally )and proclaims that the city of Saints is where “G’s recognize G’s.” Lord Fubu’s instrumental is suave and seductive.

“Lil Black Jean Jacket 3” winds up being more about the mood than the bars. Mob emcees have cultivated a sound that’s heavily medicated and Ant leans all the way into it, pun very much intended. It might be slightly damning to say he sounds good saying nothing, but the timber of his vocals is soothing whether solo or in a group setting. Even though this is his album by name in practice he concedes that he’s most comfortable sharing with others. Every Mob needs muscle and Ant is there to get in where he fits in. He’s a solid hand who can be counted on for a verse and on his latest release everybody else returns the favor.