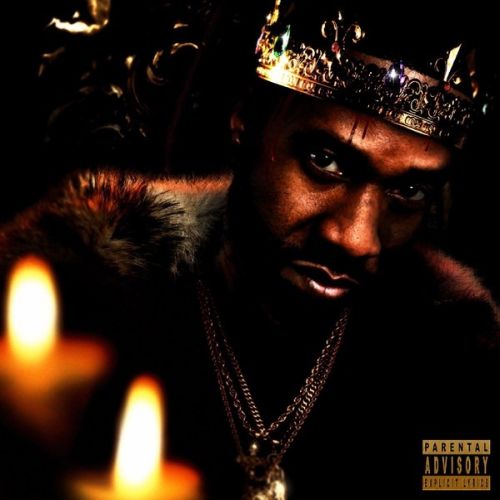 Like millions of others, I’m a Netflix subscriber. I’m not especially interested in the new viral hits or original content on the platform, but unearthing, discovering, and revisiting forgotten content is more my jam. 90s thrillers are a current favorite because you simply don’t get them anymore. Sure, it’s not the 90s so you can’t actually get a new 90s thriller, but the thriller itself would today be stretched out into a few seasons of television, instead of being distilled down into an entertaining ninety minutes. It’s a lot like hip-hop in that sense – you rarely get a cohesive sixty-minute album in 2022. Instead, it’s spread out over three or four EPs or half-assed albums consisting of verses and beats, but no true sense of direction. Rappers are giving us episodes, not movies. Ransom might well be one of the biggest culprits, releasing countless records each year that simply wouldn’t happen in the CD era, because he’d have his own section in the record store.

You mention Ransom to most people and they may have memories of the Mel Gibson movie, itself a 90s thriller with a simple premise. You can follow the plot and enjoy the thrills and spills with half a mind on what’s for dinner tonight. That can’t be said of Ransom the rapper. Despite his conveyor belt of music, his rhymes are intricately written and delivered with cold and calculated authority. The crown he’s sporting on the artwork is apt because, for many, he’s one of the nicest on the microphone at this moment in time. There is no King of New York nowadays like there was twenty years ago, yet despite Ransom himself being from New Jersey, he was born in Brooklyn. There’s certainly something in the water there (probably the same stuff that’s in Detroit) and there’s certainly a New York feel with much of Ransom’s music.

This is an album produced by Big Ghost Ltd, the man responsible for the superb “VAN Ghost” by Ankhlejohn and two of Conway’s more memorable efforts. He rarely misses and has a strong reputation amongst underground hip-hop heads, so it’s great to see him work on a project with Ransom. Despite being marketed as an LP, it clocks in at 27 minutes but there are probably enough rhymes here to fill an album twice that in length.

The introductory “Lord Stark” utilizes the same sample as DJ Connect & IDE’s “1043”, a personal favorite, and paints the rapper as a battle-weary monarch stepping into the warzone once more. The term “spazzing out” may not be particularly politically correct, but it’s applicable to Ransom’s performance here as he creeps into mastery reminiscent of Elzhi or Black Thought in full flow.

Big Ghost laces “Ransom the Destroyer” with the perfect production – real king shit. The horns are imposing and give the impression of a king on horseback emerging from a castle – it’s probably the best moment on the album as it fits the theme.

RJ Payne provides his style of oneupmanship battle rap whereby he spends each couplet trying to outdo what came before. It’s definitely in his DNA as an ex battler but either I’ve listened to too much RJ Payne lately and have grown numb to it, or the impact of this delivery tactic is wearing thin. This is essentially why I believe Ransom to be the superior emcee, as he’s more calculated and multidimensional. “Tyranny” is expertly written, applying his heavy usage of internal rhymes (multis) to the theme of cold-blooded betrayal:

“It’s imperative that you know this game
Its incredulous how I shoulder pain and the effort to just control the flames
I was supposed to change like Clark Kent into a Superman
But still I’m stuck in the lowest lane, huh
That’s why my soul is as cold as rain
But I’m steady as a soldier’s aim
I spill spaghetti when I blow ya brain
Is you ready for this poker game?
Don’t let my aces come and fold your frame”

As good as Ransom’s rhyming is, there are times when it loses impact too. “All the King’s Men” is an onslaught of words that never pauses, drifting into a diction dick-waving contest between Ransom and guests J.Arrr and Mickey Factz. Vinnie Paz and Ill Bill appear on “Off With His Head” too, but sound too tough for their own good. When Vinnie speaks at the end of the song, he sounds as clear and merciless as ever, but when he’s rapping he reverts to a gruff, occasionally unintelligible style. There are some much welcome scratches on “Blackwater” that break up the relentless barrage of bars, something that could have been utilized more. Hooks aren’t Ransom’s strength and when he does do them, they are often as wordy as his verses.

These criticisms aside, Ransom and Big Ghost have demonstrated they can combine effectively. The way the former has improved year-on-year is concerning, mostly for other emcees, but also because you just don’t know how much better he can get. There are some of the best lines I’ve heard in years on this album: “I’ll stop you dead in your tracks and blow out your train of thought”. Good. Lord.

There’s a reason he’s holding a crown on the front cover, because if anyone’s got the rhymes to back up a claim to the throne, Ransom has. “Heavy is the Head” isn’t quite the blockbuster album his discography could use, but it contains some truly exceptional manipulation of the English language. The episodic nature of Ransom’s releases continues, but this album, perhaps more than any other in his canon, highlights he has the chops for a full-length screenplay that cements his status as an all-time great.