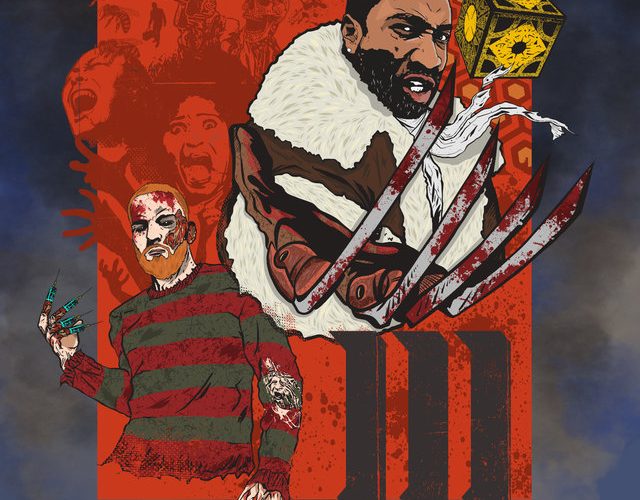 Remember when Jay-Z dropped “30 Something” and justified how being in your 30s was the new 20s? I would argue that your 40s are the new 30s, judging by who can be considered the best emcees in 2021. Look at the emcees that have hit their peak since hitting forty – Royce, Elzhi, Black Thought, Pharoahe Monch, Roc Marci, Killer Mike… even the Griselda lads are in their late 30s. Ransom is another emcee to recently reach that fourth decade and joins this illustrious list of fire-spitters after a career that’s gone under many radars.

It turns out the only Ransom projects we have covered on this site were “The Proposal” and “Soul Killa“, both written by yours truly. I felt Ransom was “unremarkable” yet could deliver “strong examples of street rap”. Those were fair criticisms at the time, but looking back they feel off considering Ransom is now an emcee in the upper echelon of hip hop that I’d place alongside Sean Price and Roc Marciano. He’s improved immeasurably, that much is undeniable, but his decision to team with Nicholas Craven has allowed his writing to be more prominent. After announcing his retirement a few years ago, Ransom re-emerged alongside 38 Spesh, an emcee who was pretty much spitting lava rock in 2018.

Similar to Roc Marci in the mid-2000s, Ransom had a year or so to review (and ultimately repackage) his offering, but joining 38 Spesh’s Trust Gang reignited a spark in the New Jersey emcee. His bars became more intricate, almost structured like a battle rapper yet benefited from more diverse themes than Benny or Spesh himself would offer. A 2014 Ransom verse and a 2020 one both share similar characteristics, but recent Ransom is far more impactful. The words were more precise, the language continuously quotable. It’s as if Ransom needed inspiration and a reminder that his talent hadn’t yet been fully realised.

Canadian producer Nicholas Craven teamed with Ransom a year ago to release “Director’s Cut”, a 10-minute EP that used popular movies as a framework. The way “Pulp Fiction” darted between beats like a Tarantino script jumps around timelines was a brief flirtation with a truly inspired idea, yet this is largely flirted with rather than fully embraced. What leant “Director’s Cut” its potency was the production. Craven, much like his namesake (Wes Craven) applies a blend of 70s Argento thriller and the eeriness of prime Moroder. Just as DJ Muggs’ beautifully crafted bleak horror for Eto on “Hell’s Roof“, Nicholas Craven injects just enough soul and life into his sample-heavy soundscapes that Ransom’s philosophical approach takes on its own form of cinema. And that’s where Ransom’s truly flourished on these records; “Director’s Cut 2” taking the movie theme further during its 16-minute runtime. “Inglorious Basterds” is the best example – the beat is top-tier and features the aforementioned Eto.

As a bit of a film buff, catching all the movie and television titles dotted throughout these EPs was the kind of depth you rarely find in underground rap – Westside Gunn’s wrestling references are often purely window dressing, yet hearing Ransom weave films into his rhymes is either hugely coincidental, or exceptional writing. I’ll go with the latter.

“Director’s Cut 3” is the most accomplished iteration of these EPs, an epic 29-minute 10-track affair that for my money, does what the third in a trilogy rarely succeeds at – refining the formula to perfection. The song names may not be the most recognisable films, but tracks like “JD’s Revenge” (a 1976 blaxploitation horror) are packed with the type of game you’d pay for from Ice-T.

As masterful as Ransom’s performances are on “Director’s Cut 3”, RJ Payne has the standout moment. “From Dusk Till Dawn” is the perfect analogy, as Ransom’s dialogue continues to captivate (like Keitel and Tarantino in the first half of the movie) before veering a hard left into blood-drenched action-horror as RJ Payne goes ham.

“Yeah, the kid is a star, that’s authentically
I’m obese, Roseanne bars, I scarred enemies, wooh
These suckers, they don’t respect the flex
I’m calling shots right from the chair like I’m Professor X
Chopper got a tripod, that’s an erector set
Etch a sketch you right out the picture, that’s a direct effect
My plan vivid, I handpicked it, this man wicked
You understand, me and Ran is a pandemic
See, they gave me the light and I ran with it
Two champions exchanging punches, Duran, Leonard”

These guest spots are welcome on what is a wordy record. As noteworthy as Ransom’s rhymes are, it’s often one-note. A cold delivery that teeters on the monotonous, it is still an impressive display and Ransom even outshines his counterpart 38 Spesh on “Misery”. I’m a big fan of “Gone Girl” which, unlike the Affleck flick that sees Rosamund Pike framing her husband and disappearing to get a new life, sees Ransom use the karma is a bitch theme as if Karma is an actual woman. And that creativity is crucial to the success of the “Director’s Cut” records, coupled with Craven’s lively, often luscious instrumentals. There is chemistry here that continued onto “Deleted Scenes”, six more tracks that performer (Ransom) and director (Craven) treated fans to right at the end of 2020.