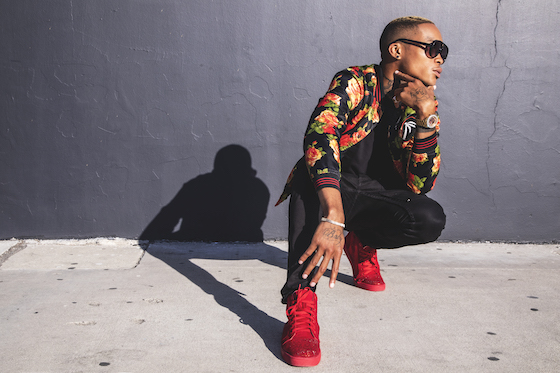 The musical journey is like life, filled with good and bad times. Beautiful memories and tunes to clutch on together with low moments. The story isn’t any different for musician Chris Pop. Chris was born of Nigerian ancestry but grew up in the city of Peachtree, located about an hour south of Atlanta.

His creativity has always been high, and he painted at the early age of 14. While in an art school in 2012, that’s where he began his musical journey after meeting a couple of musician friends. Chris was singing one day when one of his friends, a guitarist, remarked that he sounded good. Ideally, he thought this was probably an overstatement, but it helped boost his confidence. He then started to learn how to mix, engineer, write music, and sing.

Music has always been in the family for him since a young age. His elder brother, father, and grandfather were all lovers of great tunes. This exposure to music at an early age has contributed significantly to his musical journey.

Chris’ motivation has always been to produce quality music that captivates the fans and forces them to play the tune on repeat, music for the soul, as he calls it. He’s focused on creating a unique sound that will last for generations. Whether it’s the captivating lyrics or the melody, he always puts his magic and effort into achieving the value.

After breaking out of a bad record deal in 2017, he’s now an independent artist. Unlike many artists, he writes, records, and engineers his music. However, he sometimes works with other producers to co-produce his music. Some of the producers he has worked with include Dreamlife and Mic Coats.

At an early age, Chris is already making enormous tunes, with his latest single, Bad Baby being a boom. The single is a unique tune, a fusion of house and soul. The hook also is just on another level.

Chris’ music is greatly influenced by the different music genres and musicians he listened to as he grew up. As a kid and teenager, he was exposed to musicians such as Fela, Sade, and Teddy Pendergrass and rock bands like Incubus and Sublime, which explains his unique sound. However, he notes that Pharrell and Michael Jackson greatly influenced his desire to express individuality. He is confident that one day, he will make music with Pharrell.

Sharing a stage with big names in the industry is always an outstanding achievement for any musician. Chris Pop has performed on the same stage with Eric and Rakin. However, there are also setbacks in life. Losing his grandfather in 2014 was one of those setbacks for him.

He always works with his team to create new, unique, quality music daily. There are a lot more records that have not been released yet. So, be assured good things are coming from this young blood. An EP and album are all major projects to watch out for, both set to be released in mid-2023. From Chris Pop, you definitely should expect tunes with a broad genre. From party music to heartbreak music.

This musician, Chris Pop, is already on the road map to creating his name on the list of big names in the musical industry. His next big hit is an ode to his musical roots. It will touch on a few different genres. So, sit back, relax, and jam to his already-released tune as you wait for the big release of the album in 2023.