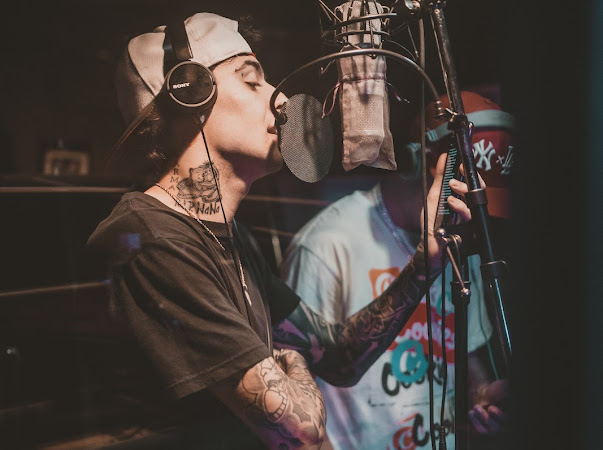 Meet Lil Dawg: The Rapper Taking Over the Scene with His Latest Single “Big Bro”

Richie Valentine, known by his stage name Lil Dawg, is taking over the airwaves with his new release “Big Bro.” “Big Bro” is a classic feel-good rap song with a catchy hook and a thrilling beat that complements the crafty lyrics. Lil Dawg terms “Big Bro” a one-of- a-kind song and the lead track from the Big Bro album, a collection of musical gems.

The innately talented rapper is also building a solid fan base with over 70,000 followers on Instagram and over 80K streams of his music. Lil Dawg has also been featured in numerous publications, such as Fox 5 NY News. His authenticity and originality have seen him claim numerous awards, including an award from “The Love of Sean Talent Show” and The 40th precinct Community Council for “National Night Out.”

Lil Dawg has also graced some of the most popular stages across the country, including performing at clubs like Webster Hall NYC, Club Rebel, and The Emporium, opening for mainstream national acts like Mindless Behavior, Chinx Drugz, Styles P, Coke Boys, and Freeway, to name a few. Lil Dawg also takes pride in performing at The Brooklyn Unity Fest 3 years in a row and over 400 live concerts.

Though Lil Dawg discovered his talent aged 9, not everyone believed in his potential. Most of his peers at school doubted him, hating his music for no reason. But despite the hate, Lil Dawg remained steadfast in his passion. “One thing they did not know was that it was just motivating me to go harder and to become stronger at it,” Lil Dawg narrates.

He has continually held onto his dream, establishing himself as a name to watch out for in the coming years. This includes establishing a solid fan base, which includes family and some of the friends who doubted him.

Having hustled his way from the bottom to the top, Lil Dawg believes everyone has the potential to actualize their dreams. Unfortunately, some artists often give up upon facing their first hurdle, which, according to Lil Dawg, is only meant to test their resilience and prepare them for the future. Therefore, never give up on your dreams. Instead, invest in yourself and your career while learning from some of the best in the game.

Success is a journey, and that’s why Lil Dawg will never settle for anything but the best. The sensational rapper wants to grow and expand his musical fan base and, hopefully, gain an international audience. He also wants to release great music while collaborating with some of the top names in the rap game. Part of Lil Dawg’s plans is to release an album showcasing his versatility and diversity as an artist.

“In the coming years, I want to be a national performing and recording artist, living my dream and writing music that reaches out to the masses. I also want to create wealth and fame and take care of my family,” Lil Dawg sums up.