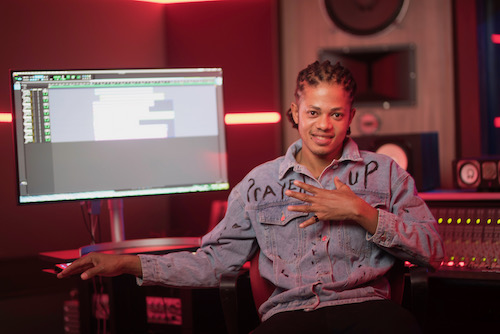 XXDillon Set to Release a Debut Single, “Motion,” With Sai It Ain’t So

Creating a unique sound that sets you apart as a unique producer in the music industry can be difficult. This is because the industry is full of already-defined sounds to imitate, and it may prove even more challenging if you have to create a different masterpiece for each artist. However, producer XXDillon rolls differently. His sound is unique and captivating, formed by putting together different puzzle pieces to create a masterpiece. Due to this unique ability, he terms himself a puzzle master or puzzle maker.

Julian Dillon, as XXDillon is formally known, is making his mark in the music industry. Like many others, he didn’t have many opportunities, someone to financially back him, or a set out path to follow while growing up. Therefore, to survive and excel in a harsh world, XXDillon had to forge his own path and successful career. His obsession with music production began when he first visited a music studio. To him, that studio session was like finally getting some color in his dull black-and-white life. Ever since he set out to pursue a life in the game as a producer, there was no looking back.

His focus in production is to create masterpieces for the artists who work with him. He notes, “I capture, create, and manipulate the essence of each individual’s vision.” The other thing that sets him apart is his attitude toward his work. XXDillon puts his heart into his work, ensuring the artist is over the moon with the output, whether they are new or a legend in the industry. He notes that this has taken him far in his musical journey.

XXDillon displays his musical prowess in his new banger, “Motion,” with rapper Sai It Ain’t So. The track, set to release on December 12th, 2022, is his first public collaboration and debut single. “Motion” indicates the effort he puts into the tracks he produces. The collaboration with Sai It Ain’t So will take the airwaves by storm, with the duo expecting a mass reception of the track. Sai It Ain’t So is a well-known rapper from Coney Island, Brooklyn. He’s known for his song “Team Work” with Love and hip-hop star Safaree. “Sadder Days” is another of his tracks in which Sai It Ain’t So calls out against racism, police brutality, and social injustices in America.

You will inevitably encounter challenges in any career path or journey to success, and it wasn’t any different for XXDillon. He notes that his biggest challenge was in the beginning. Being a perfectionist without any idea where to begin was quite daunting. However, with patience, he withstood and overcame the challenge by investing in his growth and creating connections in the game. He notes that you must stay true to yourself and your potential to attain the success you dream of and more.

He dreams of creating a record label to recruit young artists and mentor them. He’s focused on establishing a recording studio to further this goal. There are also more projects to be expected from XXDillon in the future. Meanwhile, XXDillon and Sai It Ain’t So’s “Motion” will drop soon.