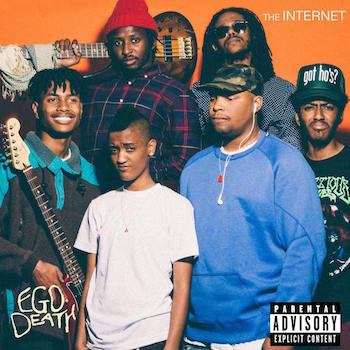 By all indications the Odd Future collective (AKA Odd Future Wolfgang Kill Them All) is no more. It's not all that surprising since they haven't really been appearing on one another's albums for two years, and were never much of a group to begin with. The loose collection of artists, which included Earl Sweatshirt, Vic Mensa, Frank Ocean, Syd the Kid, and ringleader Tyler the Creator, were united more in their outsider status than because they shared an artistic vision. They were a group of musicians who didn't quite fit into any world, so they made up one of their own. Their early work was intentionally shocking, a series of homophobic and misogynistic inside jokes that weren't intended to be taken at face value. The irony was that two of their members were gay or bisexual, so even though Tyler and Earl filled their rhymes with homophobic slurs, the collective has done more to advance gay rights and gay visibility in hip-hop and R&B than any other rapper, with the possible exception of Macklemore. How's that for a bunch of foul-mouthed kids?

"Ego Death" is the third record by The Internet, which features Syd the Kid and Matt Martians, along with Jameel Bruner, Patrick Page, Christopher A. Smith, and Steve Lacy. That is the first thing that sets The Internet apart from some of their musical peers: they are a band, rather than a vocalist working with other producers or doing the bulk of production themselves. As such there is a cohesiveness to "Ego Death" that you don't always get in contemporary R&B. Syd may do almost all of the singing here (minus a few guest spots, notably Janelle Monae), but it is a group effort. Like the rest of the Odd Future crew, The Internet has done a good job of transforming from a group of kids making music for one another to actual artists with something to say. "Ego Death" is their best record yet.

Musically, The Internet mixes R&B, soul, hip-hop, and jazz, with an emphasis on smooth and sleepy grooves. Some songs like "Under Control," feature an analog sound, with live drum, guitars, bass, and keyboards. Others, like "Just Sayin/I Tried" have heavier hip-hop beat, while a song like ÔGirl" could almost be chillwave. The one constant is that things stay subdued and mellow. There are no bangers on this one, no tracks for the clubs, no attempts at a Top-10 hit. The downside is that the album can sound samey at parts. The upside is that it is consistently good and doesn't drastically jump around to different styles or tempos.

Lyrically, Syd sings about what she's been singing about since her 2011 debut, and what R&B singers have been singing about since the genre was invented: love, sex, partying, and annoying ex's. The difference is that all of Syd's lovers share the same pronoun as her. Her lesbianism is front and center in the album, but it is also no big thing. She dates women, so the people she is chasing after or trying to dump in her songs are all women. I'm mentioning it in this review only because it is notable, but it is notable only because it rarely happens in popular music. I think someone could make a powerful R&B album about being a gay woman of color, but that's not Syd's goal. She's making music about her life, and not spending too much time dwelling on anything heavier than ex girlfriends.

"Penthouse Cloud" stands out on the album in its naked emotion and direct engagement with racism. For most of "Ego Death," Syd maintains a pose of cool detachment. When she's telling someone she's about to blow up on "Under Control" or telling a lover "You fucked up" on "Just Saying/I Tried," she sounds like she could take it or leave it. On "Penthouse Cloud," she lets that facade drop and sings about how heartbreaking the world can be.

"Did you see the news last night?
They shot another one down
Does it even matter why?
Or is it all for nothing?
Father, oh Lord in heaven, is this how you saw it?
When you made your creation, is this what you wanted?"

People often complain that the lyrics in hip-hop and R&B are too hedonistic, too focused on sex and partying. "Penthouse Cloud" is the reason why there are so many songs about getting high and partying: because real life is too depressing.

"Rather watch the world burn down from a penthouse cloud, real talk
But if this is what you want I'll fight
'til the smoke-filled skies make the days turn night, then what?
Maybe when the world burns down and the clouds turns black
and the sky turns white and the days turn night
It's a war outside
Or maybe we'll find paradise in the sky
When we die"

"Ego Death" is the perfect summer record. Breezy, smooth, lazy, and meant for warm nights. The Internet have developed into a full-fledged band, and Syd's singing and songwriting have matured as well. Odd Future may be no more, but if its former members keeping turning out material like this, I don't think we'll miss the demise of the Wolfpack.