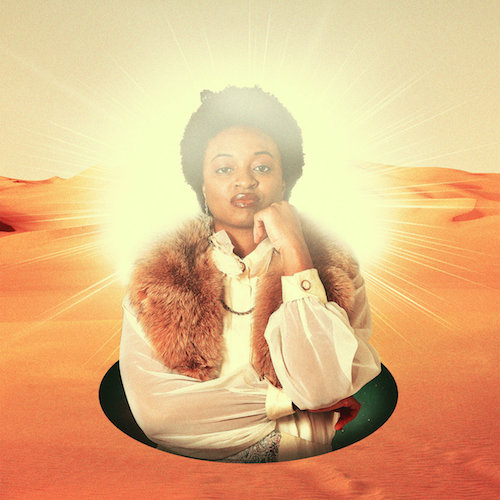 It's hard to believe it's been six years since we covered LiKWuiD on "No Regrets," but time flies by ever faster the older I get. I have no regret about not using the "styled as" capitalization from this point forward, otherwise it's going to be another six years before we finish her second review on the site. It's hard enough to type "Likwuid" as it is without my left hand's pinky finger automatically reaching for the Q every time I hear it in my head. I'm having to retrain and rewire those synpases to think like it's the heyday of Tha Alkaholiks, because even when they had Likwit flows it was always with a K and no a Q. She uses that dang U in the middle though and that's what makes me want to reach for the Q so badly, so the best I can offer here is to spell it right each time even if I only capitalize the first letter.

ANYWAY Deep from the 2 Hungry Bros. would probably like me to emphasize that this is more of a Likwuid album than the beat tape musical eargasms that you're used to from the crew. It's only right I honor that request given that Likwuid has an important voice that you don't hear enough of in hip-hop. I'm not referring simply to her gender but to the desire to put voice to her experiences as a woman in a male dominated system - both the one that surrounds the culture and the one that makes it up - where casual use of the word "bitch" came to be accepted without question. We all know women who haven't been afraid to address this situation over the years, from Rapsody to MC Lyte and everyone in between, but even in 2017 you still find a lot of "grab her by the p---y" attitude in hip-hop where it's assumed men only want to hear from other men talking about women being subservient to men. Dare to defy these conventions and you wind up being labeled and dismissed as a "social justice warrior" or "feminist" with little to no understand of what either term means.

It would be oversimplifying to say that "Fay Grim" is a rap album from a woman with a strong voice who isn't afraid to use it. This is also a conceptual album where Fay is at times both hero and anti-hero, an alter ego of sorts for Likwuid, and possibly even inspired by the film of the same name starring Parker Posey (which I confess I have not seen). There's definitely a movie-esque feel to this release though, with each song seeming to inhabit it's own cinematic flick, and each song's title having a different use of the word "Fay" in the title. I also know from reading the artist's own description of the album that it comes just ahead of the 100th anniversary of the Harlem Renaissance, and is intended to pay homage to that period of sparkling artistic creativity that had reverberations in the arts that are still being felt a century later.

As such it's clear that Likwuid is not speaking from one voice as either the artist or the protagonist of "Fay Grim," but rather using her commanding presence in a far more spiritual sense. She is in effect a hip-hop medium here, channeling a whole bunch of different voices, letting each of them speak through her to tell their own story. That voice doesn't even necessarily stay the same for the length of an entire song. It can go from smoky piano tinged romantic jazz to some head nodding minimalist hip-hop all on the same track as heard on "Faynt of Heart" with Lea Anderson and Jennifer Simone Smith. It's powerful to hear her morph from one form to the next so fluidly.

There's little doubt she's still going to bust all over lesser emcees though, regardless of their gender (or non-gender) when it comes to her most important attribute - lyrical skills. "IllFayted" shows that attitude in spades when she spits "y'all candy cane fake and pose like candy stripers -- I'm the s--t with no diaper." What's even more telling is the second verse though as Likquid spits about the struggles to make it as an artist, which causes a lot of heartache and personal sacrifice, no matter how critically acclaimed you might be.

"Three of my friends got married, I missed each wedding
And I was too broke to send gifts as my presents
My little cousin graduated, couldn't even go
and ask any promoter, I'm late to every single show
Baby showers, quincineras, bat mitzvahs
Thanksgiving to King Day, even Christmas
The picture perfect perception of imperfected greatness
how much I love God and still dance with Satan
Moms was on stage, probably in the wings waiting
So my house was full of love but my home felt vacant
I mean we had a lot of things but parts was mad spacious
That's why I'm on my own planet with no spaceship
And I don't explain s--t! I know that I don't need to
Half the people don't care, the other half won't believe you
If you lived half my life in double the time
you wouldn't be half the woman I am and half of this rhyme"

Aside from marking out for bars like "It don't matter which bathroom you choose/the size of your jewels ain't based on the size of your jewels," it's clear Likwuid is a very complicated individual who puts a lot of thought into every word. That's only accentuated by having the 2HB production team on deck behind her, who put just as much thought into every beat for every story that she tells. This album has that unapologetically cocky quality of a Freddie Gibbs or Talib Kweli as a result, knowing that the beats are already tight and each word can be spit without worrying that it will be carried to the listener's ear. "Faythful" might seem like it's about church from the title, but it's actually about struggling to find identity when you're "too African or too American/... when you too hood for the 'burbs/too saditty for the street you gettin kicked to the curb." On "UnFayzed" she vows "I don't mean to trouble y'all/I'm just trying to run these lines before my curtain's called" but when she raps that they don't want you on stage unless you "enter through the kitchen" you probably SHOULD be troubled by that kind of sexism. She makes it sting. "Ask yourself, are you not entertained?" And she's not just throwing shade at the men - she has no patience for "baby mommas who get their child neglected" either.

I could probably go on all day about how much I enjoyed "Fay Grim" to the point you'd grow tired of it, but the point is that it's simply hard to grow tired of an album this well produced and delivered, with points that are ALSO well delivered intellectually AND vocally. Likwuid has that rarest of qualities for an emcee to me and that's the ability to make the hairs stand up on the back of my neck. She makes you want to pay attention to every bar. She's the female Black Thought or Chuck D, but really, she doesn't even need the gender for the comparison. She's just that good because she's just that good, and that's good enough reason for you to get "Fay Grim."