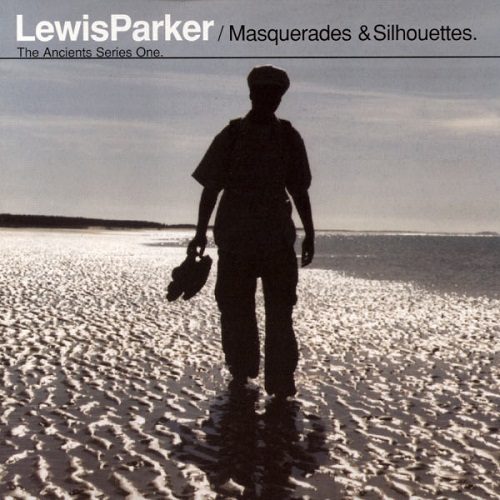 A couple of days ago I got to go to the Big City, namely Brussels. Yes, for a simple Belgian kid, Brussels is the Big City. So as usual, I get into my Big City Routineâ„¢, which consists of running into the music store as fast as I can and then trying to figure out where that damn HipHop rack was again. After spending some time finding that rack, I started searching for dopeness. My eagle’s eye went over the new releases. I found some things that drew my attention and put them on my “Might Buy”-list. Now, my budget is limited, so not all items on this list get to be transferred to the “Buy”-list.

After going through those racks over and over, I spotted something I hadn’t seen before. It was Lewis Parker’s “Maquerades & Silhouettes”. I heard about this guy allright. First I thought it was British chauvinism, but there had to be something about this guy; He seemed to get this extra attention. He eventually made it to my “Buy”-list.

But when it was time to go, I went looking for the items I put on my “Buy”-list, but I couldn’t find the Lewis Parker album. It wasn’t gone, though. It was still there, but it just wasn’t an eye-catcher. After listening to the album over and over, I found the reason for this sober cover art. Lewis Parker is the silent kid in the class. He remains a mystery… on purpose. I dare even say choosing his real name to be his MC’ing name was a bad choice, because he never is himself.

Lewis Parker floats around in his own world. He isn’t exactly a lyrical master, but he has a very wild imagination. He’s on a weird abstract/poetical tip and he never steps away from that. He is in his own world and stays there all through the album.

His lyrical style could have two possible impacts on listeners: It will either fascinate them or scare them away, but his beats on the other hand are all sure shots. I’m not talking superdope-make-you-shit-in-your-pants beats, I’m talking beyond that. Seriously, a producer like Lewis Parker only comes once in a blue moon.

As opposed to his lyrics which are very basic in terms of structure, his beats are all perfected and finished. As soon as the intro “Theme from ‘The Ancients'” begins, you’ll be convinced. I got this feeling of sadness when it ended so soon.

After the intro we get our first taste of Lewis Parker’s lyrics and of course his accent. British accents are known to have a negative impact on American or other non-British listers, but I just love it when he says things like: “You’ve fallen already tryin’ to ba’ll Lewis Parker”, that line hits me every time, just cause of the way he says it.

I think normally the accent wouldn’t be that big of an obstacle, but if you got a serious distaste for Star Wars, I’d suggest your buying the instrumentals instead. Words like “Jedi” and “The Force”, keep returning. He’s a fan alright.

After the strong intro, the album keeps a very consistent pace, but the grand finale, “101 Pianos”, is the cream of the crop. That just has to be one of the best piano loops I’ve heard in a while. All the beats just take you away into a trance, or even; Lewis Parker’s world. For instance the beat for “Song of the Desert” gives you that Arabian vibe which makes it very easy to picture that desert as if you were there.

Definitely one of the headlights is “Eyes of Dreams”. The beat evokes emotions of sadness and it’s one of the only songs in which Mr. Parker actually seems to be saying something. And it isn’t talk about wack MC’s like in “Shadows of Autumn” or “Fake Charades”. On this cut Lewis is describing feelings rather than fantasy worlds.

All in all this is a must have, especially for the possible sceptics out there. It’s widely available in the US, so ordering isn’t necessary, you can be convinced by the headphones in your local store. I know people might suspect me of giving this much props album because I’m European but I was sceptic too at first, when all these Brits were bigging it up.