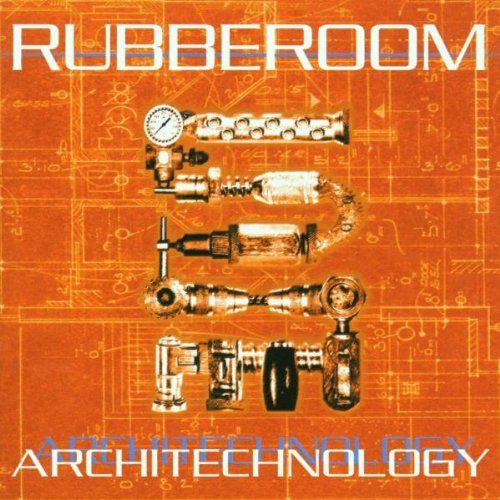 Heavy. If hip-hop had a “heavy rap” deriviative the way rock has “heavy metal” then the Rubberoom collective would be the founders of the genre. This crew goes out of their way to portray themselves as ahead of the curve for hip-hop; and if they are they’re either demented geniuses or insanely egotistical.

Indie heads may be attracted to the fact that their A&R is former Company Flow member Bigg Juss, or may find the fact the promo sticker proclaims “13 different Chicago turntablists” exciting, but the biggest manifestation of this album is straight up hard skills. As the intro to “Lock Jaw” proclaims, this is some straight up Rage Against the Machine shit. Rubberoom’s Meta Mo displays his scare tactics with the words “My adamantium claws make a crew pause before they leap,” while Lumba as much declares they will “leave suburban niggaz hurtin”.

There is nothing happy-pappy about any of these songs; it is the verbal and musical antithesis of Will Smith and Puff Daddy – raw, dark, and angry. The flows are intentionally coarse, almost disjointed, and entirely unintended for the casual listener. These are MC’s who are “breaking out of dungeons and slaying grand dragons” as Lumba brags on “Bleach”. The lyrics are 90% braggadocio and 10% gothic. It’s not necessarily deep or profound like fellow Chicago artists Common or All Natural, but it’s no less enticing. In fact, their appeal may lie in the fact they obviously don’t give a damn if radio or MTV ever jock Rubberoom. Songs like “The Shining”, “Sector Rush Rmx (Rebuilt)”, “Style Wars” (featuring Path, Juice, and Kenny B) and “Architechnology Nine” are strictly for the heads.

To be fair, that also stands as a criticism of this album – it is probably inaccessible to 95% of the rap music audience today. And occassionaly the formulaic method of “let’s open with a dark heavy mood sound, then drop a thick beat on it” production gets stale. The only change of pace is Verb’s “Offering 1366” – a haunting poetical piece of despair and redemption. Ursula Rucker and Saul Williams fans will no doubt appreciate. If you’re ready for hardcore hip-hop on a whole different level, then the time has come for you to bounce off the straightjacketed walls of Rubberoom’s LP.